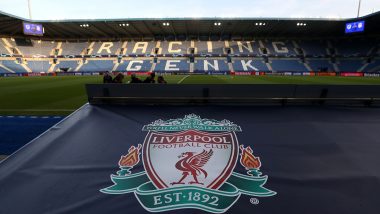 The future of current Bayern Munich midfielder Thiago Alcantara has been a topic of huge debate in recent months. The Spaniard is linked with a move away from the German giants after reports of him rejecting a new contract started to make circles. Premier League side Liverpool have emerged as big-time favourites in signing the 29-year-old and Hansi Flick’s recent statements suggest that the midfielder might prefer a move to England. Kai Havertz and Leroy Sane Wanted at Bayern Munich by Former President Uli Hoeness.

Thiago Alcantara joined Bayern Munich in 2013 when Pep Guardiola lured him away from Barcelona. The midfielder has won several trophies in Germany with the Bavarians and on Saturday (July 4, 2020) came off the bench in their DFB Pokal cup triumph over Bayer Leverkusen. But with his contract expiring at the end of 2020-21 season, the Spanish midfielder is looking to draw curtains over his time in Bundesliga in search of a new challenge. Liverpool Lift EPL 2019-20 Champions Trophy, Fans Go Berserk on Social Media Celebrating The Reds' First Win in the Premier League Era!

During an interview after the Cup win, Hansi Flick was asked about Thigao’s future to which he replied ‘I know, of course, that when you're at a certain age and you've already played in the Spanish league with Barcelona and in the Bundesliga with Bayern Munich, you feel the need to experience another big league. That is quite normal and that is also human.’

However, the current Munich boss is still hopeful of persuading the midfielder to extend his stay at the club. ‘I'm trying my best to make sure Thiago stays here and that you can convince him to stay. But that's one thing that time will show. We still have the Champions League ahead of us now and we have a lot of plans, also together with him.’ he added.

Though Thiago gas struggled with a number of injuries, he has been one of the most consistent players for the German outfit over the years. According to certain reports, Liverpool are the front runners to sign the midfielder at the moment but nothing has been confirmed yet.

(The above story first appeared on LatestLY on Jul 05, 2020 06:21 PM IST. For more news and updates on politics, world, sports, entertainment and lifestyle, log on to our website latestly.com).