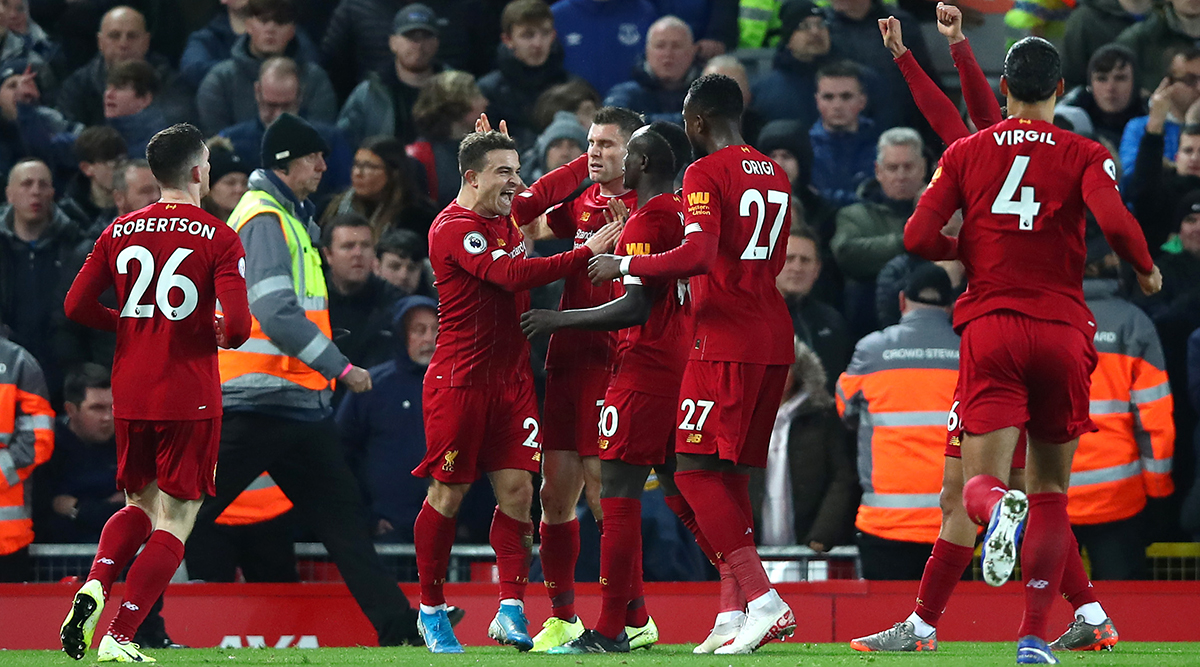 Liverpool vs Watford, Premier League 2019-20 Free Live Streaming Online and Live Telecast: Liverpool take on relegation-threatened Watford in an early kick-off looking to continue their remarkable run of form in England’s top tier football. The Reds currently have an eight-point lead over nearest rivals Leicester City and can extend the gap further. With plenty of distraction coming the way of Jurgen Klopp’s men in the form of Club World Cup and EFL Cup, they know they must get this win at home. Watford are in a free fall and find themselves six points from safety. New manager Nigel Pearson has a tough job ahead of him arresting his team’s downward march. Meanwhile, those searching for live telecast, online free live streaming and score updates for LIV vs WAT Premier League match, please scroll down. Liverpool Vs Watford - Live Football Score.

Dejan Lovren is having issues with his fitness with the Croatian defender limping off yet again without completing the match. He is expected to start though with Jurgen Klopp stating there is nothing serious about his niggle. Alex Oxlade Chamberlain and James Milner are pushing for starts in midfield which could mean Georginio Wijnaldum getting a break. The front three of Mo Salah, Roberto Firmino and Sadio Mane have done well so far but it is high time they are rested with so much football to come. Adam Lallana is available again after missing the last two matches and could be used off the bench. Liverpool Manager Jurgen Klopp Signs New Contract With Merseyside Club Until 2024.

Former Manchester United players Danny Welbeck and Tom Cleverly miss out due to injuries while there is a slim chance of Daryl Janmaat featuring. Craig Dawson has not played the last three games for Watford but could be back after recovering from a head injury. Abdoulaye Doucoure in midfield is an unpredictable talent who on his day can produce the goods. Watford will need the French midfielder to counter Liverpool’s high pressing football and deny them space.

Liverpool vs Watford 2019-20 Premier League clash will be played on December 14, 2019 (Saturday). LIV vs WAT match will take place at Anfield and is scheduled to start at 06:30 pm IST (Indian Standard Time).

Where to Watch the Live Telecast of Liverpool vs Watford, Premier League 2019/20 Season Football Match? TV Channels in India

Hotstar, the official online media streaming platform of Star Network, will be live streaming the Liverpool vs Watford Premier League match live online for its fans in India, Meanwhile, football fans can also follow the 2019-20 Premier League on LatestLY for the live score updates of Liverpool vs Watford match and every other EPL game. It is important for Watford to survive early on which is easier said than done against a quality side like Liverpool. The Reds should march on to claim an easy win.