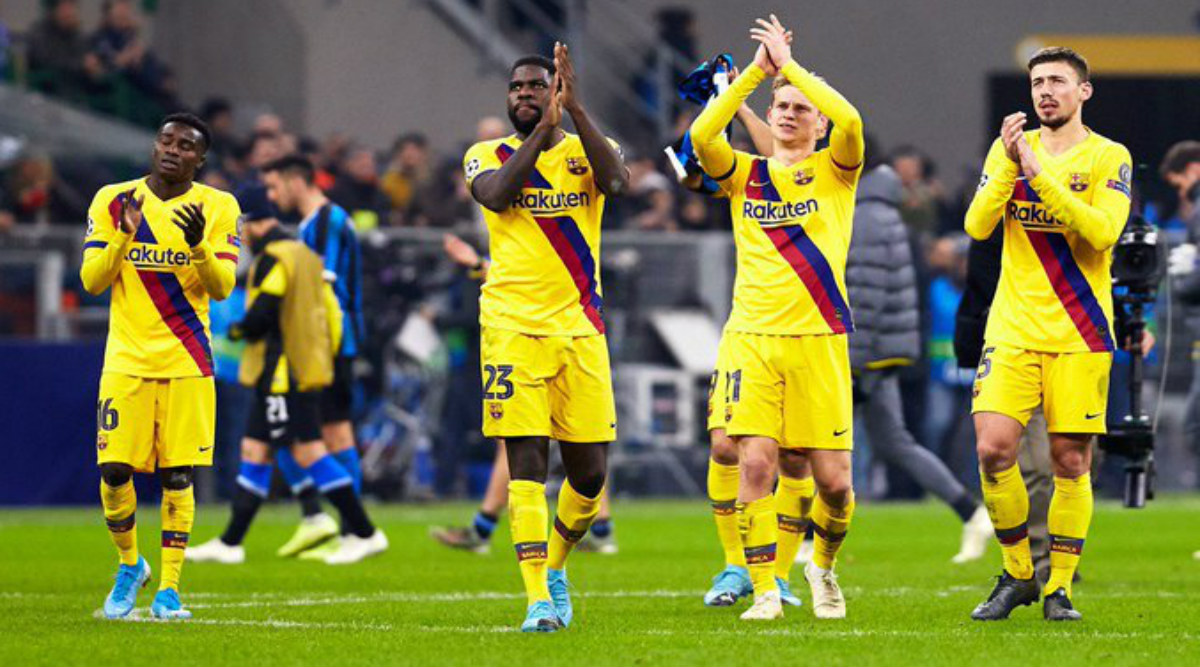 Real Sociedad vs FC Barcelona, La Liga 2019 Free Live Streaming Online & Match Time in IST: La Liga leaders Barcelona are flying high at the moment and will set sight on an eighth win in all competition when they take on Real Sociedad. With Real Madrid level on points with the Catalonians, the defending champions know each match day is crucial if the team is to win yet another title. Real Sociedad are no pushovers with the side currently in fourth place in the points table with 27  points. They have only lost once since October and that defeat came against an in-form Real Madrid side. Playing at home in front of a capacity audience, Real Sociedad know they can cause an upset if they play to their true potential. Fans Searching for live streaming of Real Sociedad vs FC Barcelona can scroll down below for more details. Lionel Messi Special, Diego Maradona From Another Planet: Former Argentina Striker Hernan Crespo.

Real Sociedad will be without the services of Ruben Pardo, Asier Illarramendi and David Zurutuza who are not fully fit. Robin Le Normand is suspended for the contest after an accumulation of cards. Joseba Zaldua should be part of the playing eleven after the right-back missed his team’s game against Valladolid. Martin Odegaard has been in sensational form for Real Sociedad and the on-loan Real Madrid man could inflict some serious damage on Barcelona if he afforded space in the final third. Lionel Messi’s Son Mateo Storms the Internet With His Football Skills (Watch Video).

Lionel Messi was rested against Inter Milan with a view on this tough away trip against Real Sociedad. The Barcelona skipper has 14 goals so far in the campaign and is almost unplayable at times. Luis Suarez and Antoine Griezmann have also been amongst the goals in the last few games after a barren run early on. Nelson Semedo and Jordi Alba are making quick progress in their recovery but this game has come too soon for the duo. Sergio Busquets and Gerard Pique are both set to return to the starting eleven to add stability to the side.

The La Liga 2019-20 clash between Real Sociedad and FC Barcelona will be played at Anoeta in San Sebastian. The match will take place on December 14, 2019 (Saturday) and is scheduled to start at 08:30 pm IST (Indian Standard Time).

Sadly, La Liga fans will not be able to enjoy the live action of Real Sociedad vs FC Barcelona match on TV as there are no official broadcasters of La Liga 2019-20 in India

Fans in India can watch the Real Sociedad vs FC Barcelona match live on JIO TV and GHD Sports app. La Liga's official Facebook page will also be live streaming the encounter for its online fans in India. You can also follow LatestLY for the live score updates of all La Liga 2019-20 in India.

Real Sociedad will give it their all against Barcelona and there is a feeling Lionel Messi might prove to be the difference between the sides.