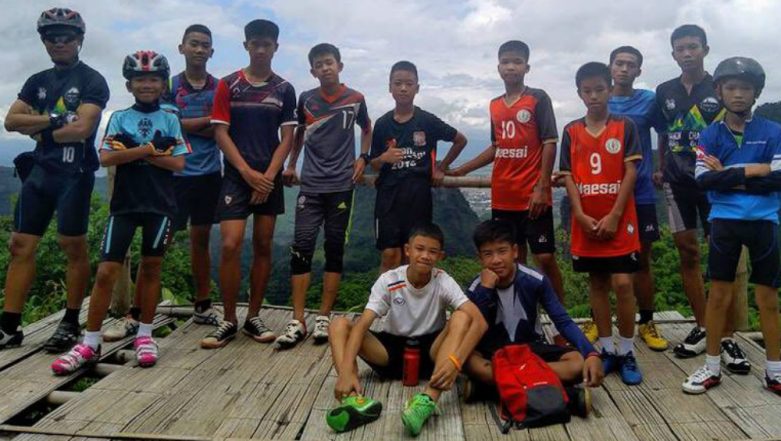 Buenos Aires, October 8: The young Thai football team that was dramatically rescued from a flooded cave earlier in July, has visited Argentina's popular River Plate club. At the Argentine team's home stadium on Sunday, the young boys got a chance to kick the ball around with River Plate's under-13 team, Xinhua news agency reported. "The boys entered the dressing room and were surprised to find River's alternate purple jerseys with their names written on them," River's head of public relations, Adrian Varela, told the press. It was a memorable moment for all present, Varela added. The Thai team, known as the Wild Boars, were the honoured guests at the Youth Olympics that began here on October 6. They took part in the games' inaugural ceremony on Saturday. The boys became the focus of global attention after they, along with their coach, got trapped deep inside the flooded Tham Luang cave in Thailand on June 23. Trapped Thai Football Team Rescued From Cave, Watch Incredible Video Footage of Boys Meeting the Rescuers!.

An international team of rescuers, including expert cave divers, finally succeeded is bringing out all 13 of them by July 10, following a complex rescue operation. The youth games will end on October 18.