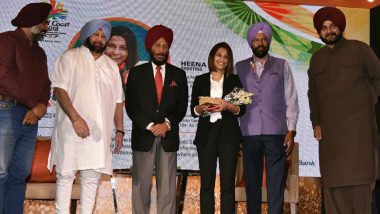 Ankur, on the other hand, had won a gold medal in Double Trap event at 2018 ISSF World Shooting Championships at Changwon, South Korea. He also won a silver medal at the 2017 World Championships.

In the 2018 Commonwealth Games held in Gold Coast, he won a bronze medal in the Double Trap Shooting (Men) event. Last year, he was conferred with the Arjuna Award.

Besides, the NRAI has also recommended the names of Anjum Moudgil, Shahzar Rizvi and Om Prakash Mitharwal for the Arjuna Award while Jaspal Rana and Ronak Pandit have been recommended for the Dronacharya Award.

(The above story first appeared on LatestLY on Apr 29, 2019 03:37 PM IST. For more news and updates on politics, world, sports, entertainment and lifestyle, log on to our website latestly.com).