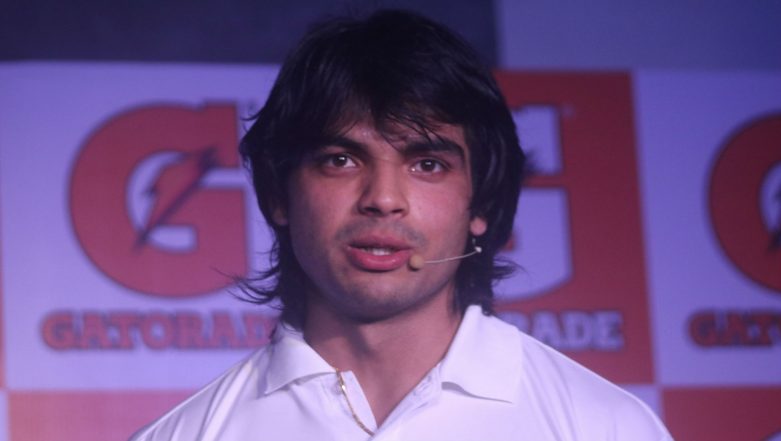 Mumbai, May 3: Ace Indian javelin thrower Neeraj Chopra's participation in the World Championships in Doha, slated to be held in September this year, remains uncertain as the athlete has undergone an elbow surgery which is likely to take three to four months for complete recovery. Neeraj Chopra Undergoes Elbow Surgery.

Moreover, the 21-year-old, who won a gold at the Commonwealth Games as well as the Asian Games last year, will also have to miss a major part of the international season. According to reports, the surgery on his throwing right hand was done to remove bone fragments from his elbow joint.

"Undergone elbow surgery in Mumbai by Dr. Dinshaw Pardiwala. Will require some months of rehabilitation before I can start back with throwing. Hoping to return stronger. Every setback is a setup for a comeback. God wants to bring you out better than you were before," Neeraj tweeted on Friday with a picture of himself in the hospital room. The Haryana athlete had developed pain in his elbow while practising at the NIS Patiala last month.