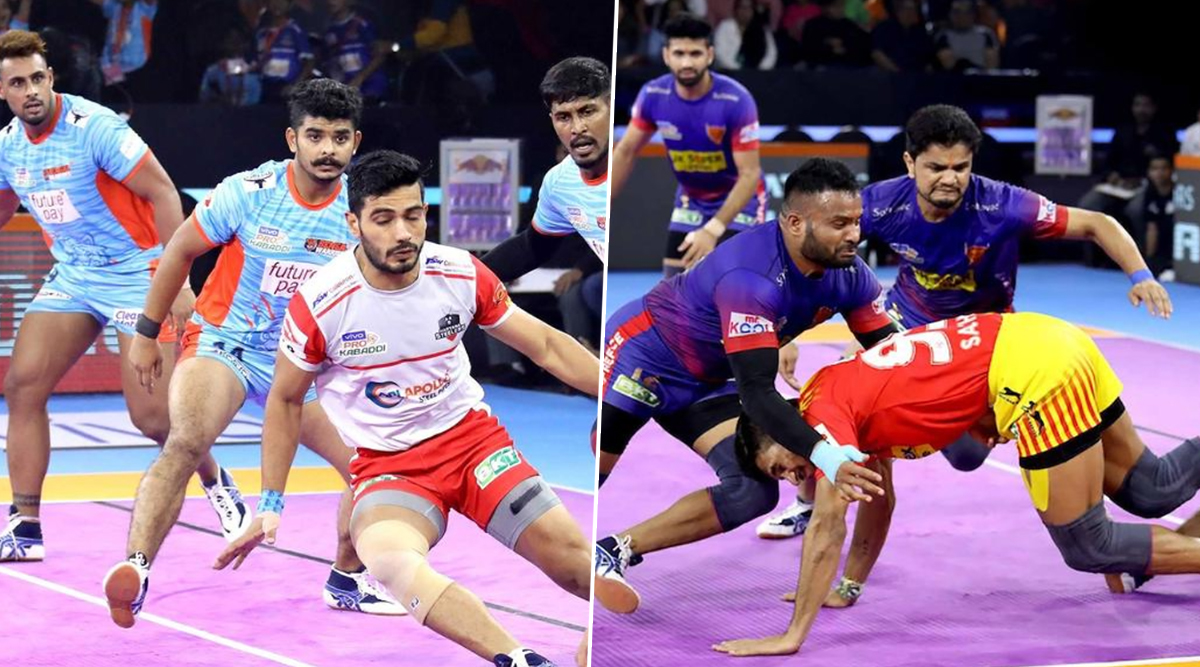 Monday’s first match will be an absolute treat for the Kabaddi fans as the top two teams of VIVO Pro Kabaddi League 2019 i.e. Bengal Warriors and Dabang Delhi will lock horns in the match 115 of the tournament. Both the teams have secured their place in the playoffs and the forthcoming clash will be seen as a warm-up game. Delhi have won 15 of their 19 games and have outplayed many sides in the tournament. While the Bengal side also enjoyed a great campaign and will aim to defeat the Delhi side. Meanwhile, you can scroll down to check out the live streaming and telecast details of the match. Bengal Warriors Vs Dabang Delhi Live Pro Kabaddi Score Match 115

Bengal’s skipper Maninder Singh and Delhi’s Naveen Kumar have been magnificent in the raiding department for their respective sides. Naveen has aggregated 241 raid points from 19 matches which are third-most for any raider in the tournament. On the same list, Maninder holds the fourth as he has collected 192 raid points from 19 games as well. Both the teams have performed neck to neck in PKL 7 which means the upcoming match might well prove to be the highlight of the tournament. So, as the KOL vs DEL match gets lined up, let’s check out the live streaming and telecast details of the match. PKL 2019 Dream11 Prediction for Bengal Warriors vs Dabang Delhi: Tips on Best Picks for Raiders, Defenders and All-Rounders for KOL vs DEL Clash.

The clash between the two sides will be played on September 30, 2019 (Monday). The KOL vs DEL is scheduled to start at 7:30 pm IST (Indian Standard Time). The Tau Devilal Sports Complex in Panchkula will be the venue of the match.

In case, you are not able to watch the live-action of the KOL vs DEL match on TV, you can catch the contest through online streaming. One just needs to visit the hotstar.com website or install the Hotstar app in order to catch the match streaming. Along with that, Fans can also follow KOL vs DEL game in season 7 live score updates on LatestLY.

Both the teams have been undefeated in their last six matches which means the upcoming match might well go down to the wire. Speculations are these two teams might well face-off in the finals of the tournament which means the KOL vs DEL match will be the battle for supremacy.