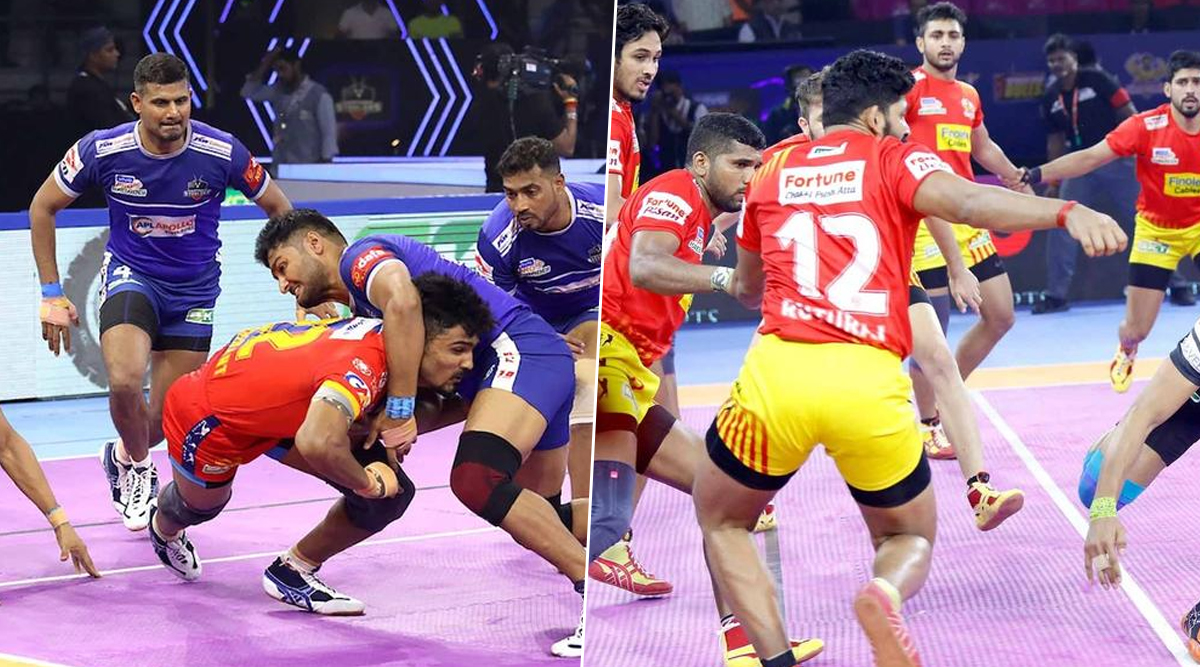 Fortuneginats put an end to their six-match winless streak – four of which were defeats – with a 50/21 victory over the bottom-placed Tamil Thalaivas in the first game of the Haryana leg in PKL 2019. They have lost 11 of the 19 games they have played in PKL 2019, while winning only six games. But the Fortunegiants will aim to avenge their earlier defeat against Haryana Steelers and put their PKL 2019 campaign on track. In contrast, Haryana Steelers are ranked third in the team standings but have won just two of their last six PKL 2019 matches. PKL 2019 Dream11 Prediction for Haryana Steelers vs Gujarat Fortunegiants: Tips on Best Picks for Raiders, Defenders and All-Rounders.

Haryana Steelers vs Gujarat Fortunegiants clash in PKL 2019 will be played on September 29, 2019 (Sunday). The HAR vs GUJ clash will be played at the Tau Devilal Sports Complex in Panchkula and is scheduled to begin at 08:30 pm IST (Indian Standard Time).

Star Network is the official broadcaster of PKL 2019. Fans can tune into Star Sports 1, Star Sports 2 and their respective HD channels to watch the live telecast of HAR vs GUJ PKL 2019 game. The match will also be live telecasted on Star Gold.

Kabaddi fans not able to watch the Haryana Steelers vs Gujarat Fortunegiants game live on television sets can shift to the online platform. Hotstar, which is the official online Network of Star, will be live streaming the HAR vs GUJ clash online for its fans. Viewers can also follow LatestLY for the live score updates of HAR vs GUJ PKL 2019 game.

Meanwhile, Dabang Delhi continue to stay at the top of PKL 2019 team standings. Dabang Delhi have just lost twice in 18 games and have 77 points, which is 17 points clear of Haryana Steelers in the third position. Haryana Steelers have 60 points after 18 matches. Their opponents, Gujarat Fortunegiants, are ranked 8th with just 44 points from 19 PKL 2019 games.