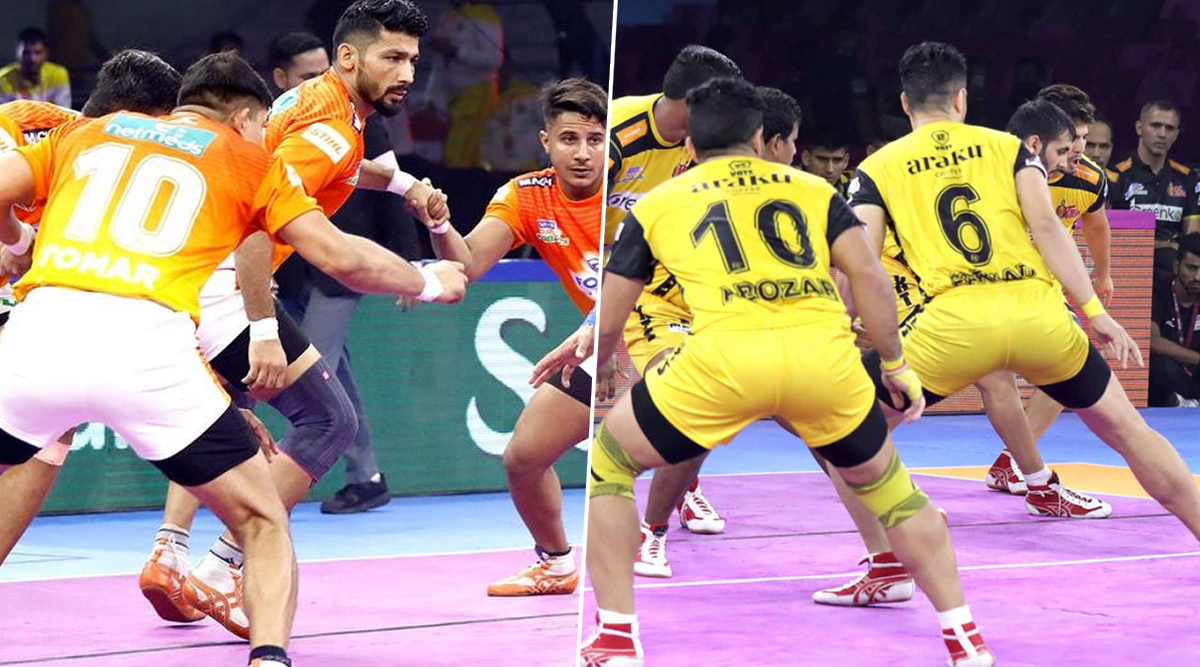 The match 119 of the VIVO Pro Kabaddi League 2019 will see Puneri Paltan battling with Telugu Titans. Before going into the live streaming and live telecast of the clash, let’s focus on the performances of both the teams in the tournament. Both the teams haven’t enjoyed a great campaign in the ongoing tournament and are almost out of the playoffs race. However, they will still battle for pride in the forthcoming encounter and will aim to come on top. The Pune side holds the ninth spot with 42 points from 20 games. While the Titans are at the penultimate position with 39 points from 18 games. Telugu Titans Vs Puneri Paltan Live Pro Kabaddi Score Match 119.

Despite Titans’ dismal campaign, Defender Vishal Bhardwaj didn’t put his guards down and has registered 61 tackle points from 18 games which are third-most for any defender in the tournament. On the same list, Pune’s Surjeet Singh takes the eighth spot who has taken 51 tackle points from 19 games. So, the upcoming clash could see a mini-battle between these two players. While in the raiding department, Titans’ Siddhart Sirish Desai has taken 174 raid points from 18 games and Pankaj Mohite is Pune’s most successful raider with 110 points from 16 games. So, as the countdown begins for the HYD vs PUN clash, let’s check out the live streaming and telecast details of the clash. PKL 2019 Dream11 Prediction for Telugu Titans vs Puneri Paltan: Tips on Best Picks for Raiders, Defenders and All-Rounders for HYD vs PUN Clash.

The HYD vs PUN match will take place on October 3, 2019 (Thursday). The encounter is scheduled to start at 7:30 pm IST (Indian Standard Time). The Tau Devilal Sports Complex in Panchkula will host the match.

The fans who want to catch the live-action of the TAM vs MUM match can tune into many channels. The English Commentary of the clash will be done on Star Sports 2 and Star Sports 2 HD. While, you can tune into Star Sports 1, Star Gold and their respective HD channels in order to enjoy Hindi commentary.

Several Kabaddi followers might not able to watch the live-action of the HYD vs PUN match on TV, you can catch the contest through online streaming. One just needs to visit the hotstar.com website or install the Hotstar app in order to catch the match streaming. Along with that, Fans can also follow HYD vs PUN game in season 7 live score updates on LatestLY.

The Telugu Titans might be at the second-last position at the points table but the side defeated Jaipur Pink Panthers in their last clash. While the Pune side were thrashed by Dabang Delhi in their last game and will seek a better result in the forthcoming clash.