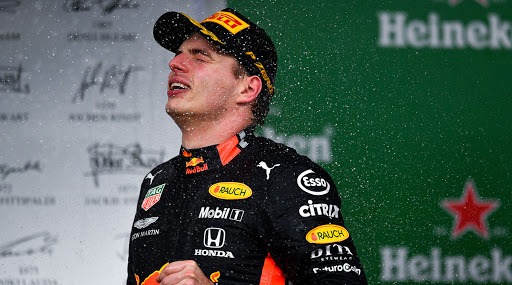 London, January 7: Max Verstappen has signed a new three-year deal with Red Bull that will keep him at the team until at least the end of the 2023 season, in what will be his eighth as a Red Bull driver. The Dutchman was expected to be one of the key cogs in this year's driver market, with his previous contract only keeping him at Red Bull until the end of 2020. But Red Bull's announcement on Tuesday shuts down rumours linking Verstappen to seats at Ferrari and Mercedes, meaning that the Dutch driver will enter Formula 1's new era in 2021 with the same team he joined midway through 2016. Fernando Alonso, Two-Time F1 Champion Determined to Make His Mark in Dakar Rally 2020

"I am really happy to extend my partnership with the team," said Verstappen. "Red Bull believed in me and gave me the opportunity to start in Formula 1, which I have always been very grateful for. "Honda coming onboard and the progress we have made over the last 12 months gives me even more motivation and the belief we can win together. I respect the way Red Bull and Honda work together and from all sides everyone is doing what they can to success. I want to win with Red Bull and our goal is of course to fight for a world championship together," he added.

Verstappen had a magnificent 2019 season as he finished third in the Drivers' Championship, ahead of both Ferrari's who arguably had a stronger package.