Pankaj Advani Birthday Special: 6 Facts You Need to Know About the Star of Indian Billiards and Snooker 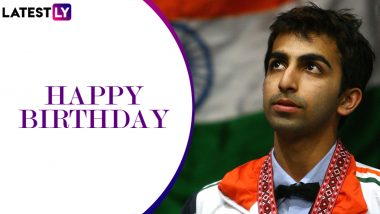 Pankaj Arjan Advani is India's finest billiards and snooker player. Pankaj was born on July 24, 1985, in Pune, Maharashtra. It was his elder brother Dr. Shree Advani who introduced Pankaj to the sport and then he came to the notice of Arvind Savur, former national snooker champion, at the age of ten. Pankaj was just 12 when he won his first-ever title. He then went on to set many records at the state and national level.

Regarded as one of the finest sportspersons in India, Pankaj has won gold medals at the Asian Games. As Pankaj turns 35, we take a look at some facts associated with the billiards and snooker champion of India.

(The above story first appeared on LatestLY on Jul 24, 2020 08:00 AM IST. For more news and updates on politics, world, sports, entertainment and lifestyle, log on to our website latestly.com).