Dutch tennis coach Max Wenders has been banned from the sport for 12 years for match-fixing, the International Tennis Integrity Agency (ITIA) confirmed on Wednesday. 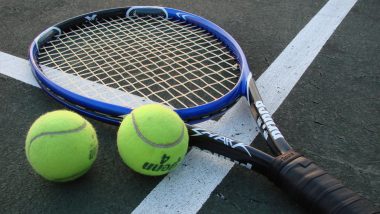 Notably, one of the charges against Wenders came under a rule which forbids people involved with tennis to "directly or indirectly, facilitate any Player to not use his or her best efforts in any Event." However, ITIA didn't reveal when or where the alleged conduct happened, and it didn't name any players. The case was originally heard by Anti-Corruption Hearing Officer (AHO) Professor Richard McLaren in April 2021 who ruled that Wenders should also pay a fine of 12,000 dollars. Publication of the sanction was delayed following submissions from Wenders' legal team, however AHO McLaren has now lifted that prohibition. Laver Cup 2022: Novak Djokovic Joins Roger Federer, Rafael Nadal and Andy Murray on Team Europe.

The ITIA said Wenders was banned and fined 12,000 dollar at a hearing in April 2021 but that the sanctions weren't published until now following submissions from Wenders' legal team. He is not allowed to attend any tennis tournament authorized by the sport's main governing bodies until 2033. According to reports, Wenders had worked with several players on the WTA Tour as a coach, assistant or hitting partner. The sanction means that he is prohibited from playing in, coaching at or attending any tennis event authorised or sanctioned by the governing bodies of tennis for a period of 12 years from the date of the decision (28 April 2021).

(The above story first appeared on LatestLY on Jul 28, 2022 12:01 PM IST. For more news and updates on politics, world, sports, entertainment and lifestyle, log on to our website latestly.com).