Rafael Nadal: 'Tennis' Next Generation is Ready to Challenge the Big Three' 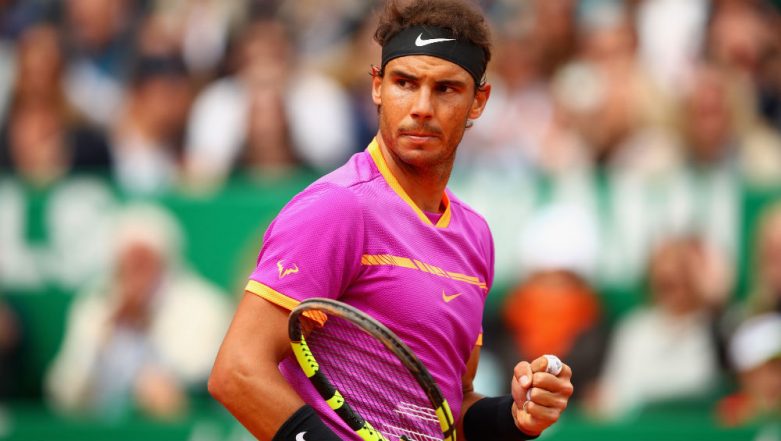 Georgia [USA], Dec 28: Spanish tennis ace Rafael Nadal believes that the next generation players of the game are ready to challenge the supremacy of the Big Three of the tennis world that includes Roger Federer, Novak Djokovic and Nadal himself. For more than a decade, men's tennis has witnessed a dominance of these three players. Many new generation players like Alexander Zverev, Dominic Theim, Denis Shapovalov came to the fore, played brilliantly on the court but did not manage to win a Grand Slam.

Nadal said that the youngsters are going strong and soon they will contend for big prizes of the sport."For a long time, we have been very consistent. The previous generation probably, they were not enough good. But now, yes, in my opinion, we have a new generation that is very good. It is just a question of time, that's my feeling," CNN quoted Nadal, as saying. Rafael Nadal Donates $1.15 Million to Victims of Flash Floods.

"It's just about the time that they are going to win grand slams. [Alexander] Zverev, [Dominic] Thiem, [Stefanos] Tsitsipas, [Denis] Shapovalov, [Karen] Khachanov, [Andrey] Rublev, all these guys are good. [Nick] Kyrgios, [Alex] De Minaur. All these guys are good, very good. So they are going to be there and they are going to fight for important things for probably the next five, six years," he added. While talking about Serbian tennis player Novak Djokovic, who made a smashing comeback after injury and replaced Nadal to claim the number ATP ranking, the 17-times Grand Slam champion said that Djokovic's was rewarded for his hard work and patience during the tough times.

"He is too good to not be back. He did well, he held the passion in the tough moments, and he held the spirit of work when he had some tough moments in the beginning of the season. And then he started, the confidence came back, and Novak is back to his normal level," he said. Nadal, who had to pull out of the semi-final of the 2018 US Open due to a knee injury, will return to action at an exhibition event in Abu Dhabi before heading to the first Grand Slam event of the year that is Australian Open.