Apple iOS 11.4 Update Rolled Out for iPhone and iPad; Top Features to Know 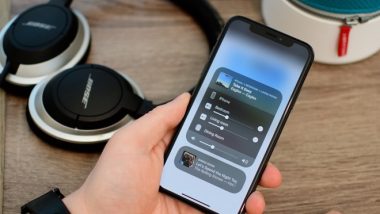 Apple, home for stylish innovative designs and creations is one of the top tech giants in modern electronics. The Cupertino-based giant has always catered their consumers with high-quality products. Apple today officially released an update iOS 11.4 for its devices such as iPhone, iPad, AirPlay & more. The new update was presumed to be released on Apple’s Worldwide Developers Conference which will be scheduled for June 4, 2018. The new iOS 11.4 update brings along features like Messages in iCloud and multi-room audio on AirPlay 2 with minor bug fixes.

The new features offered on the iOS 11.4 update are as follows:

Messages in iCloud: This new update will allow users to store their messages, photos and other attachments on iCloud. The users on the platform will now be able to sync messages across all devices via sign-in access. Also, the messages once deleted on any device will be removed from all the synced iOS devices.

AirPlay 2: Airplay is Apple’s proprietary system that allows users to stream audio or video from an Apple source device to any other devices through Wi-Fi or home network. With the new update that supports multi-room and stereo paring for Apple devices will now allow users to play music on multiple speakers that are compatible with AirPlay 2. Another new feature on AirPlay 2 devices is being able to take calls from your iPhone, without interrupting the playback on the speakers.

ClassKit Support: This new update is focused on developers for the iOS platform. The new ClassKit framework will allow developers to make educational apps that are compatible with Apple’s Schoolwork application. The Schoolwork app is designed for teachers to hand out assignments & information that can be used in keeping track on the progress of each student.

Other changes made through this update are software stability and bug fixes. The new version also seems to provide the new iPhone 8 and iPhone 8 Plus Red edition phones with Red Wallpapers. Apple’s annual conference is scheduled to happen by the first week of next month where the company might release iOS 12 version along with 3 new iPhones.

(The above story first appeared on LatestLY on May 30, 2018 12:47 PM IST. For more news and updates on politics, world, sports, entertainment and lifestyle, log on to our website latestly.com).