Qualcomm unveiled the Snapdragon 865+ chipset & announced that the processor will power the ROG Phone 3 smartphone. The information was confirmed after Asus shared a poster of its upcoming gaming phone on Flipkart. 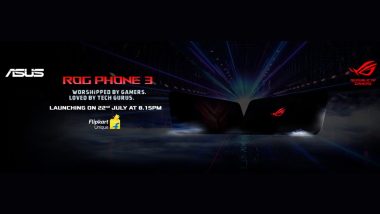 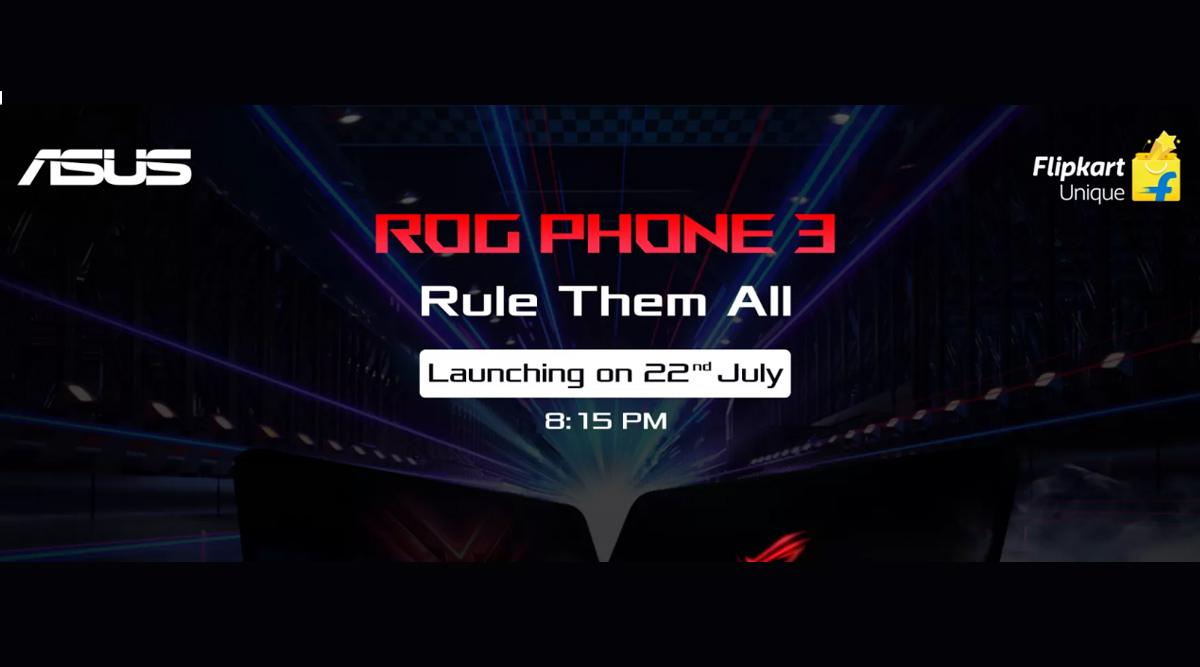 Gamers, buckle up. The Ultimate Gaming Weapon is coming with super hot upgrades, to transform you into Gaming Gods! Watch @CarryMinati declare his admiration for the #ROGPhone3, that is the world’s first smartphone to be powered by the @qualcomm_in Snapdragon 865 Plus! pic.twitter.com/HY4rxVqGsO

The Asus ROG Phone 3 India launch has been set for July 22 at 8.15 pm IST. The smartphone will also be launched in Taiwan, Italy & the United States. In terms of specifications, the ROG Phone 3 is expected to feature a 6.59-inch FHD+ AMOLED display with a 144Hz refresh rate. For optics, the gaming smartphone could sport a triple rear camera setup featuring a 64MP main camera, an ultra-wide-angle lens & a telephoto camera.

For selfies & video calls, the ROG Phone 3 will carry a 13MP front snapper. The smartphone might come packed with 16GB of RAM & 512GB internal storage. The handset is rumoured to be fuelled by a massive 6,000mAh battery with multiple USB Type-C charging ports as we see on the ROG Phone 2. The smartphone may run on Android 10 based c operating system. Pricing & more specifications will be announced during the launch of Asus ROG Phone 3.

(The above story first appeared on LatestLY on Jul 09, 2020 11:51 AM IST. For more news and updates on politics, world, sports, entertainment and lifestyle, log on to our website latestly.com).