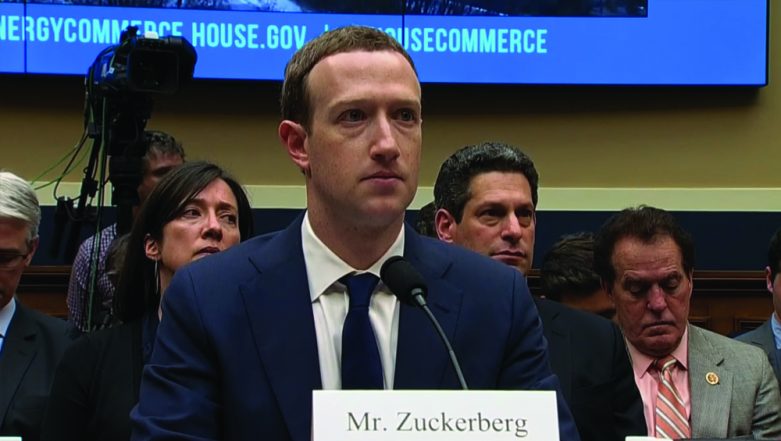 San Francisco, May 28: Facebook CEO Mark Zuckerberg and Chief Operating Officer (CFO) Sheryl Sandberg will dodge an appearance in all likelihood in Ottawa on Tuesday despite being summoned by the Canadian Parliament. Instead, the company has decided to send Kevin Chan, Head of public policy for Facebook Canada along with Neil Potts, Director of public policy, CNN reported on Monday. The hearing is related to the Silicon Valley's impact on privacy and democracy being heard by an international committee. Microsoft President as Facebook’s Next CEO? Former FB Security Chief Says Brad Smith Should Replace Mark Zuckerberg.

"We share the Committee's desire to keep people safe and to hold companies like ours accountable. We look forward to answering their questions and remain committed to working with world leaders, governments, and industry experts to address these complex issues," the report quoted a Facebook spokesperson as saying in an email.

Earlier in May, the top Facebook executives were issued summons by MP Bob Zimmer, Chair of the Ethics Committee, Canada to appear before the International Grand Committee of Parliamentarians on May 28 in Ottawa. Mark Zuckerberg-Owned Facebook Not Sharing Key Disinformation Data With European Union: Report.

There is a fair possibility that Facebook's decision could be held in contempt of Parliament that would be voted on by the entire House, the report quoted Zimmer as saying. Lawmakers from at least ten countries, including the UK and Australia were also expected to attend the meeting.