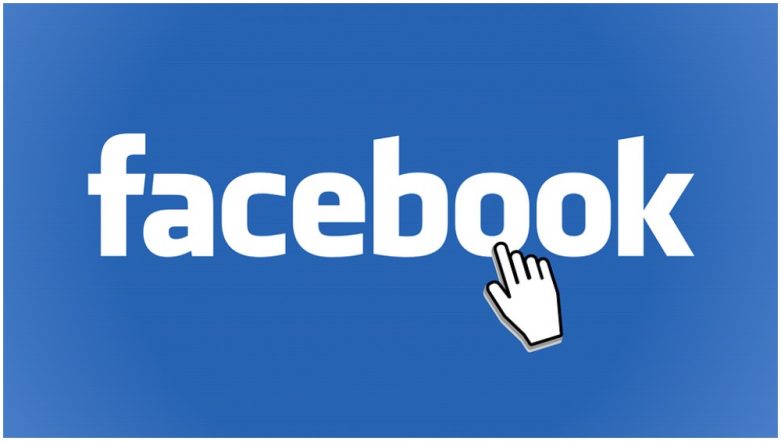 London, Nov 30: Facebook has finally rolled out in Britain a political ad transparency feature that requires advertisers to prove that they live in the country and also disclose who paid for the advertisement. Facebook said only registered advertisers will be allowed to run a political ad on the platform. Facebook Invests USD 1 Million to Boost Computer Education Among Minorities.

"Today, we'll begin enforcing the authorisation process for political advertisers in the UK," Rob Leathern, Director of Product Management at Facebook said in a blog post on Thursday.

"Now political advertisers must confirm their identity and location, as well as say who paid for the ad, before they can be approved to run political ads on Facebook and/or Instagram," Leathern said, adding that ads related to politics will be housed in an "Ad Library" for seven years. Instagram is a Facebook-owned photo-sharing platform.

"If we learn of an ad that requires authorisation and is running without a 'Paid for by' disclaimer, we'll take it down and place it in the Ad Library," Leathern added.

The requirement is the final step of a process started in October to crack down on political "dark adverts" on the social network, the Guardian reported.

Facebook wanted to launch the feature about two weeks ago, but a damaging series of stories cast doubts on the effectiveness of the system.

The social networking giant said it had made changes to the review process to try and prevent a repeat of such errors, the Guardian report said.

"Enforcement on these ads will never be perfect, but we'll continue to work on improving our systems and technology to prevent abuse," Leathern said.

Facebook first launched these new ad transparency and authorisation initiatives in the US in May, and later introduced them in Brazil and Britain. Facebook said it was exempting news organisations wanting to promote their stories on the social networking platform from undergoing a similar process. Facebook to Roll Out Dashboard to Check Time Spent on the Social Media App.

"As enforcement begins today in the UK, we will not require eligible news publishers to get authorised, and we won't include their ads in the Ad Library," Leathern said.