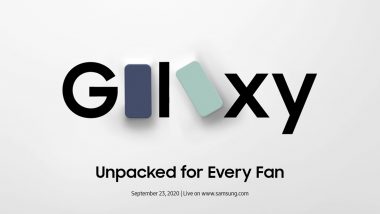 Samsung, the South Korean smartphone maker will officially launch a new Galaxy device at its 'Galaxy Unpacked for Every Fan' event. Reports suggest that the new device is Galaxy S20 Fan Edition. The online launch event will commence at 7:30 pm IST via Samsung's official YouTube, Samsung newsroom website & other social media handles. The company has been teasing the handset via its official Twitter handle. Interested users can also watch the live telecast of the Galaxy Unpacked for Every Fan event by clicking on the below-embedded video. Samsung Galaxy Tab S7 Series Launched in India at Rs 55,999.

The Galaxy S20 Fan Edition is likely to be a toned-down variant of the Galaxy S20 models. According to the teaser video released by the company, the smartphone will be available in multiple shades including Lavender, Mint, Orange, Red & Navy Blue.

Your voice inspires us. Presenting the most loved innovations to every fan around the world. Unpacked, September 23, 2020 at 7:30 PM IST. Register now: https://t.co/1SQt6sVc7J#SamsungEvent pic.twitter.com/7xGvvZtnBf

In terms of specifications, the Galaxy S20 Fan Edition is rumoured to sport a 6.5-inch FHD+ Infinity-O punch-hole Super AMOLED display with a 120Hz refresh rate. The Galaxy S20 FE 5G handset is expected to be powered by Qualcomm Snapdragon 865 chipset whereas the 4G model could be powered by Exynos 990 SoC. The handset might be offered with up to 8GB of RAM & up to 128GB of internal storage. 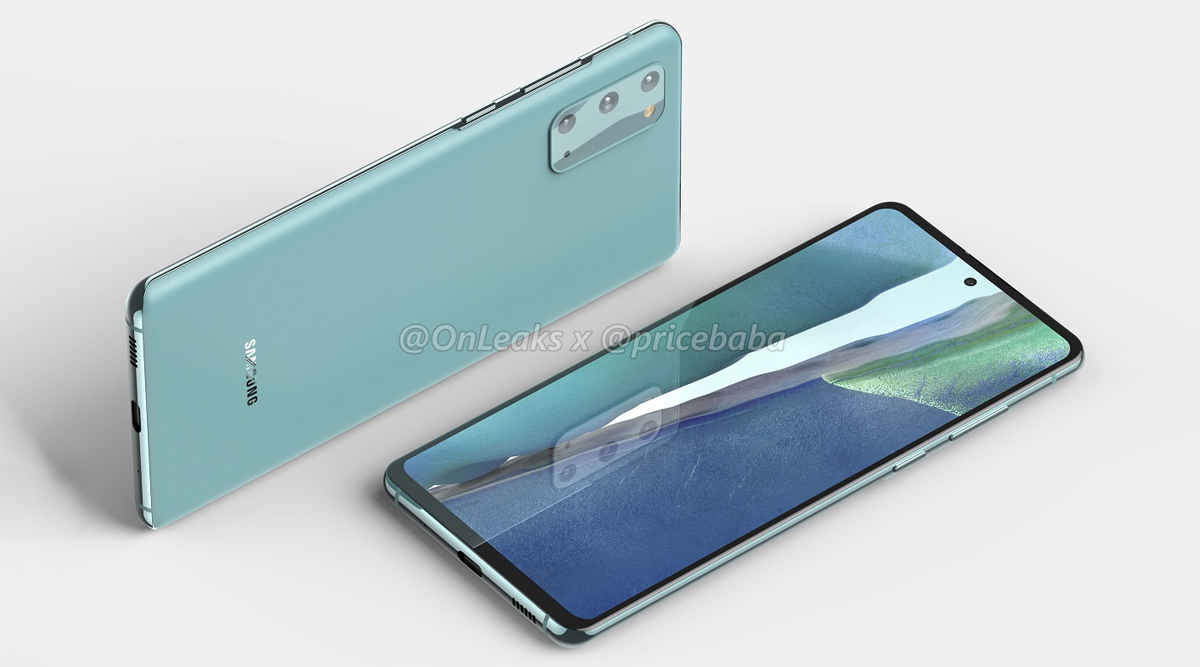 According to the reports, the device could be fuelled by a 4,500mAh battery with 25W fast & wireless charging support. Coming to the camera, Samsung Galaxy S20 FE is likely to feature a triple rear camera module with a 12MP main lens, a 12MP ultra-wid-angle camera & an 8MP telephoto lens. At the front, there might be a 32MP selfie shooter. Coming to the pricing, Samsung Galaxy S20 FE could get a price tag of $750 (approximately Rs 55,000).

(The above story first appeared on LatestLY on Sep 23, 2020 04:10 PM IST. For more news and updates on politics, world, sports, entertainment and lifestyle, log on to our website latestly.com).