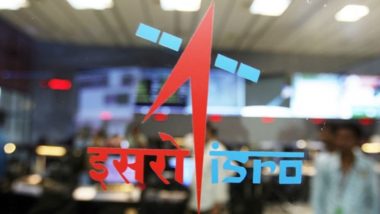 The test is part of the engine qualification requirements for the Gaganyaan Programme. India's Science Missions in 2021: Gaganyaan, Chandrayaan-3 & Others Lined-Up for Outer-Space Exploration and Research.

The engine was fired for a duration of 240 seconds at the engine test facility of ISRO Propulsion Complex (IPRC), Mahendragiri in Tamil Nadu.

The performance of the engine met the test objectives and the engine parameters were closely matching with the predictions during the entire duration of the test.

(The above story first appeared on LatestLY on Jul 15, 2021 12:43 PM IST. For more news and updates on politics, world, sports, entertainment and lifestyle, log on to our website latestly.com).