NASA chief has condemned an anti-satellite test conducted by Russia, creating dangerous space debris that could cause harm to the International Space Station (ISS). 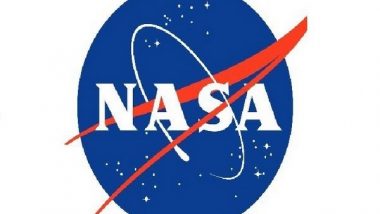 Washington, November 16: NASA chief has condemned an anti-satellite test conducted by Russia, creating dangerous space debris that could cause harm to the International Space Station (ISS).

Russia on Monday fired a direct-ascent anti-satellite (DA-ASAT) missile that collided with its defunct satellite. However, it generated hundreds of thousands of pieces of space debris, or space junk, that passed through the orbiting lab. UK Slams Russian Anti-satellite Missile Test.

Shortly before 2 a.m. EST on Monday morning, the ISS Flight Control team woke up the seven-person crew of the ISS, both US astronauts and Russian cosmonauts, and notified them of the satellite breakup, asking them to undertake emergency procedures for safety.

The astronauts and cosmonauts had to take shelter in their Soyuz and Dragon vehicles docked to the space station and remained there until about 4 a.m., as the orbital lab continued to pass through a debris field every 90 minutes.

"It's unthinkable that Russia would endanger not only international partner astronauts on the ISS but also their own cosmonauts," NASA Administrator Bill Nelson said in a tweet on Monday.

The crew were also directed to close the hatches to radial modules on the station, including Columbus, Kibo, the Permanent Multipurpose Module, Bigelow Expandable Activity Module, and Quest Joint Airlock. Hatches between the US and Russian segments remained open, NASA said.

The anti-satellite test generated over 1,500 pieces of trackable orbital debris and hundreds of thousands of pieces of smaller orbital debris that now threaten the interests of all nations, according to the US Department of State spokesperson Ned Price.

"...I'm outraged by this irresponsible and destabilising action. Their actions are reckless and dangerous, threatening as well the Chinese space station and the taikonauts on board," Nelson said in a statement.

Nelson said that "all nations have a responsibility to prevent the purposeful creation of space debris from ASATs and to foster a safe, sustainable space environment." He added that NASA will continue monitoring the debris in the coming days and beyond to ensure the safety of crew in orbit.

(The above story first appeared on LatestLY on Nov 16, 2021 02:02 PM IST. For more news and updates on politics, world, sports, entertainment and lifestyle, log on to our website latestly.com).