Super Pink Moon 2020 Date and Time: Know Everything About April's Full Moon, The Brightest One of This Year 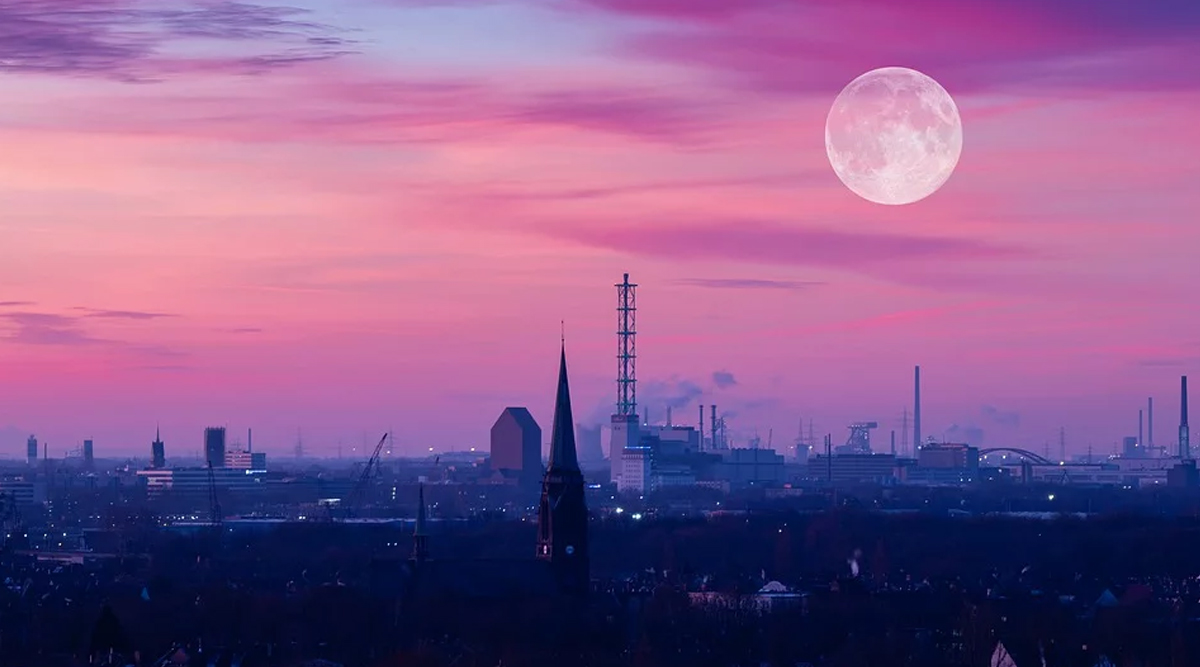 Moon lovers, did you catch up on the Worm moon of March? And if that wasn't as impressive, then the next full moon, actually a supermoon is coming soon. Called the Super Pink Moon, it will brighten up the night skies on April 7. It will also be the first full moon of the spring season. And does the name pink suggest the moon will appear pink? Nope, but it is going to the biggest and brightest moon of the year 2020. Ahead of Super Pink Moon 2020, we tell you everything about the date and timings, and why it gets the name. March Full Worm Supermoon 2020 Pics And Videos Go Viral On Twitter! Check Out The Best Ones.

A supermoon is a phenomenon when the moon is at perigee, the closest point to our planet Earth. Thus, the satellite appears bigger and brighter on the day. Almost every super moon is 30% brighter than the regular moon. For those who love observing the moon and its phases, love photographing it, it is the best time to capture the moon.

Super Pink Moon 2020 will occur on April 7. As per the Farmer's Almanac, the moon will reach peak illumination at 10:35 p.m., EDT ie 8.05 AM IST. One can watch the full moon shining brightly over the next two days as well.

The names of the moon are kept by the ancient tribes who named the moon depending on the changing seasons. With the name being pink, it has got nothing to do with the appearance of the moon but on the early spring moon. A moss pink wildflower named phlox subulata blooms in the time of early days of spring in eastern North America. Corresponding to this wildflower, the moon is called Pink Moon.

Each moon has more than one names. Similarly, the Pink Moon is also called as Sprouting Grass Moon, Fish Moon, Hare Moon, and Paschal Moon. This time, a lot of us may not be able to venture out to remote places to catch up on the full moon, but a moon so bright, you can see it from your balcony or terrace too.