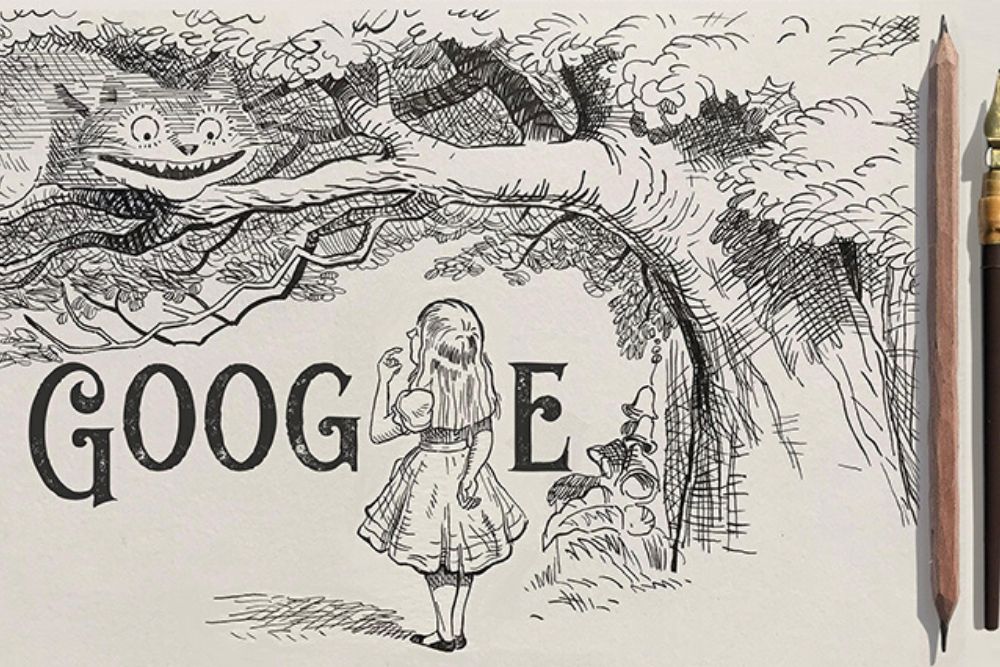 Sir John Tenniel's 200th birth anniversary is the subject of today's Google Doodle. Born in London on February 28, 1820, he emerged to be a great artist and political cartoonist. He was known for his great artistic movements through his skills. Best remembered for bringing to life the characters of Lewis Carroll’s timeless “Alice in Wonderland” series, Sir John Tenniel was honoured by a search engine today. After his work with Caroll, Tenniel never accepted another illustration job again; instead, he returned to his political cartoon work at Punch.

After studying at the Royal Academy schools, he sent his first picture to the exhibition of the Society of British Artists, in 1836. He is fondly remembered as the principal political cartoonist for "Punch" magazine and illustrator for Lewis Carroll's "Alice's Adventures in Wonderland" (1865) and "Through the Looking-Glass" (1872), these works won him appreciation from the global audience. Molière Remembered as 'Greatest Artist in History of French Theater', Google Doodle Pays Tribute to French Actor and Playwright.

Tenniel was honoured with a farewell banquet on June 12, 1901, during his retirement. He died at the age of 93 on February 25, 1914. On the occasion of his 200th birthday, Google has honoured his contribution by making a doodle made out from his hand-drawn pencil sketch. Tenniel’s great illustrations have managed to hook the imaginations of children and adults for generations. His legacy continues to thrive, as readers cherish these timeless works of art until today.