These guys want to democratize the internet so much that just about anyone and everyone can have the ability to own a part of it. We snooped around their website and figured out that the Threefold concept is built around providing 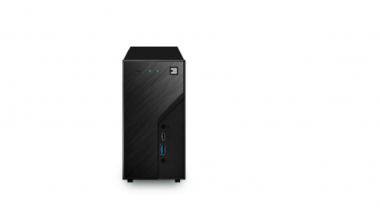 A 3Node device from Threefold

This past week we tried to look around the internet for some new stuff that our readers might find interesting. Though we saw a whole lot of stuff out there, guess what we found particularly interesting: Threefold!

These guys want to democratize the internet so much that just about anyone and everyone can have the ability to own a part of it. We snooped around their website and figured out that the Threefold concept is built around providing:

Is this achievable? Can the internet be technically decentralized? Sounds incredible yet seems realistic. In fact, it is realistic.

It would seem that the founders of this "organization" (as they don't really like to think of themselves as a company) identified the shortcomings of the over forty years old public internet system provided by largely bigger public corporations. As many users can easily observe, today's internet is plagued with limited accessibility, absence of true autonomy, and most importantly, heavy invasion of users' privacy.

So in a bid to overcome these challenges, these innovators obviously formulated a new internet that will allow for a transparent and ubiquitous flow of data. Apparently, they'd create a device called "3Node" to serve as a mini data centre.

History has taught us that every groundbreaking technology brings with it a cascade of its variants within and beyond its industry. When Bitcoin decentralized the banking sector, we all probably knew it'd only be a matter of time before that technology is replicated elsewhere.

Bent on uncovering more about the intricacies of the project and how it works, we binge-watched their video content while checking out blogs published about them on other media outlets.  The findings were Interesting.

To sustain this new internet,  the Threefold team is actually building a global interconnected network of independent internet farmers that provide internet access to other people worldwide. They refer to this as the “Threefold Grid.” Now this grid is a secure, sustainable and scalable internet infrastructure designed to help expand the internet to locations that lack it.

Kristof de Spiegeleer, founder of the Threefold Foundation, identifies himself as a "humanist and motivated entrepreneur".  The idea that the internet can be used to heal the planet in massive proportions is something he seems to hold very dear. You will find traces of this ideology  in Threefold's multifaceted  activities which cut across different aspects of the world’s economy such as education, agriculture, information technology, sustainable growth, and development.

With this mindset, it was only natural to realize that they have already patterned with various organizations that share the same ideology. For instance, with Take Action Global, they are trying to help make education accessible in most developing regions through local internet facilities. Similarly, in partnership with Solidaridad, they plan to create transparent and credible supply chains to benefit farmers and producers in the agricultural sector.

From all we can find, Threefold is also committed to saving the ecosystem and the planet from technological activities that pose a threat to our planet. They believe in sustainable IT solutions. Hence, they boast of a technological infrastructure that saves up to 90 percent on energy consumption, thereby driving them towards providing sustainable and efficient internet access globally while preserving the ecosystem.

However, to achieve this, they’ve partnered with major clean energy companies such as Green Edge, and even several decentralized blockchain and tech companies like DigiByte, CasperLabs and Polygon among others.

Speaking of blockchains, Threefold has a decentralized financial system/ official medium of exchange referred to as the Threefold (TFT) token. The TFT is a token linked to the Threefold Grid system. Members of the public can earn TFT using 3Nodes to provide internet capacity to the Threefold Grid. As a result, helping them expand their reach globally and creating a community of autonomous internet users via the peer-to-peer data structure system.

So far, Threefold internet is available in over 30 countries and has 257 farms (i.e. people building internet capacity with 3 Node). This comes as no surprise as Threefold envisions a world where people get the freedom to use the internet as they want without any restrictions or invasion of privacy. It is common knowledge that the internet provided by most large corporations is somewhat broken because they are based on inefficient systems and infrastructures.

Also, with the internet provided by these large corporations, data security is just not guaranteed because their cloud servers collect and store sensitive data from internet users. However, Threefold promises to give its users the freedom to "be the internet.” We can only watch them do this.

It is important to note that Threefold's team of tech experts, many of them with about plus 20 years of experience in the industry, have over the years worked tirelessly towards providing a scalable, sustainable, and secure internet system for everyone.

This new project is geared towards protecting the planet and providing globally accessible internet access that guarantees complete online autonomy for its users. So far, they've accomplished a significant level of success as they're one of the largest decentralized internet providers. Also in the pipeline for them are several upcoming projects one of which is Digital Twin, a project they expect to give individuals control over numerous applications for complete internet autonomy. Once again, the media will be keeping up with these developments.

Threefold doesn't see itself as a company but instead as a community of tech experts helping other people towards a healthier and better Internet. That's why they tend to encourage people to participate and become a part of this thriving community by becoming internet farmers via the Threefold Grid system.

Overall, Threefold aims to help humanity thrive, save the planet, and make the internet accessible to everyone, including people living in remote locations. Now when you factor in their partnerships with other decentralized corporations, this goal seems achievable in no distant time. One can only imagine what they accomplish in the near future given the uniqueness of their project and the quality of the team behind it.