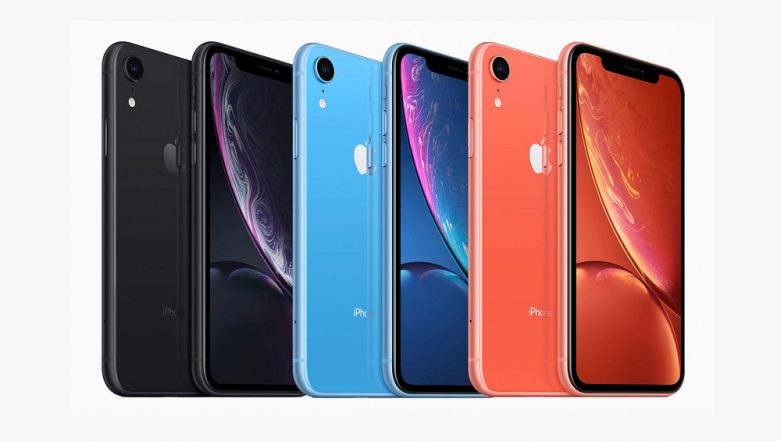 Several online report are claiming that the Apple iPhone XR prices has been slashed. However, this seems to be untrue, as the Cupertino-based tech giant is not offering any official price cut on the model. However, the model is indeed retailing at a discounted price point in the offline market. The smartphone is listed on Amazon, Flipkart and Apple site for a starting price of Rs 76,900 for the entry-level variant - 64GB. Apple Finally Releases Fix For FaceTime Eavesdrop Bug.

As per the tweet from Mahesh Telecom, the Mumbai-based retailer is selling the cheapest iPhone with a discount of Rs 6400, which brings the price to Rs 70,500 for the 64GB version. However, the 128GB and 256GB variants are priced at Rs 75,500 and 85,900 respectively. Upcoming Smartphones To Be Launched in India During 2019; OnePlus 7, New Apple iPhones, Google Pixel Lite, Google Pixel 4, Samsung Galaxy S10.

Coming to the specification, the Apple iPhone XR comes with a 6.1-inch LCD display featuring a notch. Under the hood, the device is powered by in-house A12 Bionic chips. Featuring Face ID, the iPhone XR features a 12MP wide-angle single rear camera with OIS and true-tone flash. At the front, there is a 7MP camera for video calling and selfie. Apple Again in Trouble? Lawsuit Filed For Forcing iPhone Owners To Purchase New Chargers.

The Apple iPhone XR also comes with IP67 rating for water and dust resistance. For connectivity, the options include 4G VoLTE, Bluetooth 5.0, NFC and Wi-Fi. The phone also supports dual SIM, however, the users will be have to use a nano SIM and eSIM in combination.