Armenia and Azerbaijan have agreed on a new "humanitarian ceasefire" in the Nagorno-Karabakh region starting midnight (2000 GMT), the two countries' foreign ministries announced on Saturday evening via identical statements. 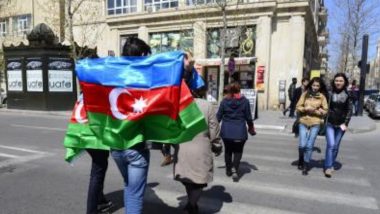 It is the second ceasefire both sides have agreed on in weeks. The first came on October 10, following lengthy negotiations in Moscow on October 9, Xinhua news agency reported on Saturday.

Armenia and Azerbaijan have been at loggerheads over the Nagorno-Karabakh region since 1988. Peace talks have been held since 1994 when a ceasefire was reached, but there still have been sporadic minor clashes.

(The above story first appeared on LatestLY on Oct 18, 2020 10:41 AM IST. For more news and updates on politics, world, sports, entertainment and lifestyle, log on to our website latestly.com).