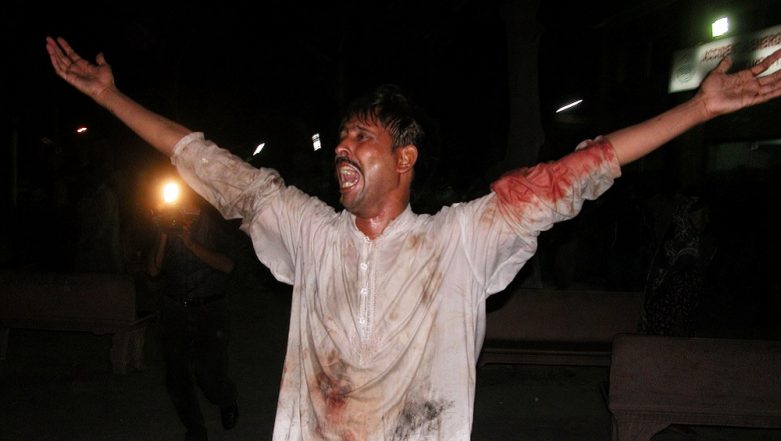 A man mourns the death of civilians in a terror attack on a Shiite procession in Balochistan last year. (Photo Credits: Getty)

Karachi, April 15: At least two people were killed and five others wounded when unidentified men opened fire on worshippers exiting a church after the Sunday service in Quetta, media reports said today.

The bike-borne assailants today targeted the church in Essa Nagri area of the city, Express Tribune reported. Two people were killed in the attack, police said, adding the injured have been hospitalised.

After the attack, the community members with dead bodies staged a protest demonstration and blocked roads disrupting traffic, alleging government's "failure" to end attacks on Christians, according to the report.

The minister also assured action against the culprits, it said. The attack comes two weeks after four members of a Christian family were gunned down in Quetta a day after the community celebrated Easter on April 1.

In December last year, nine people were killed and over 40 injured in twin suicide bombings on another Church in Quetta.