After the video went viral on social media, the restaurant issued a formal apology and said that they have always welcomed people of all nationalities in the Kingdom. 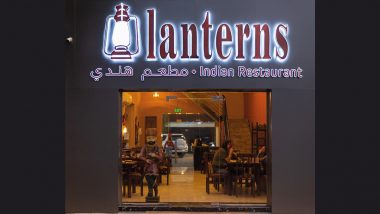 Bahrain, March 27: In a shocking incident, an Indian Restaurant in Bahrain was shut down by local authorities for allegedly denying entry to a veiled woman. The alleged incident took place at Bahrain Lanterns located in the Adliya area of the country’s capital Manama.

According to reports, a video that has gone viral on social media shows one of the staff preventing the woman wearing a veil from entering the restaurant. While the Bahrain Tourism and Exhibition Authority (BTEA) has begun an investigation into the matter, the Indian restaurant has suspended the duty manager after the incident was reported. Pakistan Political Crisis: Nerves on Edge As Islamabad Braces for Showdown.

Issuing a statement, the BTEA said, "We reject all actions that discriminate against people, especially regarding their national identity." After the video went viral on social media, the restaurant issued a formal apology and said that they have always welcomed people of all nationalities in the Kingdom.

"Everyone is welcome to Lanterns as how it has been for more than 35 years that we have been serving all nationalities in the beautiful kingdom of Bahrain. Lanterns is a place for everyone to come enjoy with their families and feel at home. In this instance, a mistake has been made by a manager who is now being suspended as this does not represent who we are. As a goodwill gesture, we welcome all our Bahraini patrons to Lanterns on Tuesday 29th of March to have complimentary food on us," the statement posted on Instagram read.

The alleged incident in Bahrain has taken place amid the ban on the wearing of the hijab in educational institutes in Karnataka. A few days ago, the Karnataka High Court said that 'hijab is not essential to Islamic practice' after it upheld the state government's decision on a ban on hijab inside educational institutions.

(The above story first appeared on LatestLY on Mar 27, 2022 02:59 PM IST. For more news and updates on politics, world, sports, entertainment and lifestyle, log on to our website latestly.com).