Bubonic Plague: Squirrel Tests Positive for Plague in US 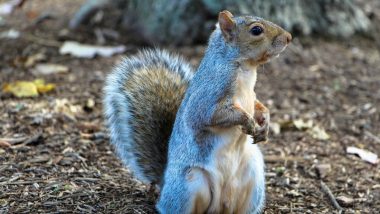 Washington, July 14: A squirrel tested positive for bubonic plague in Colorado, prompting the US state to issue a health warning, the media reportedy.

The squirrel infection was reported in the town of Morrison, Jefferson County, about 27 km southwest of the state capital Denver, after another case was earlier confirmed in the Broomfield county, reports Xinhua news agency. What is Bubonic Plague? From Symptoms to How Fatal it is, Here's Everything You Need to Know About 'Black Death' as China City Reports Suspected Case.

Media reports on Monday said Colorado issued a health warning after the newly confirmed infection, citing an increased amount of reported plague activity in the state.

According to local health officials, cats are in particular susceptible to the fatal bacterial disease spread by fleas living on wild rodents.

Humans can get infected through infected animals or bites by infected fleas.

Symptoms of bubonic plague include high fever, chills, headache and nausea, among others, occurring within a week after exposure.

(The above story first appeared on LatestLY on Jul 14, 2020 12:20 PM IST. For more news and updates on politics, world, sports, entertainment and lifestyle, log on to our website latestly.com).