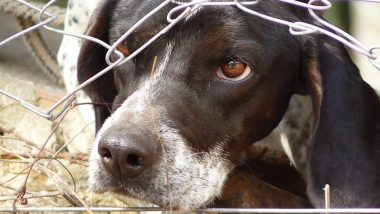 Only rescued animals will be sold in California (Photo credits: Pixabay)

It is indeed a new year for those concerned with animal welfare. California has a new law going into effect starting January 1, 2019, that requires all pet stores to get only rescued animals for sale in their shops. With the passing of this law, California becomes the first state to implement such rules for pet stores, although some cities in the state had similar bans. Stores can now only sell cats, dogs and rabbits that have been rescued or belong to a shelter home. The aim of this new law is to curb the animal population, that the breeders usually forcefully produce and also prevent the animals in the rescue shelters from being euthanized. Pets Not For Sale in UK? Government Bans Shops Selling Puppies and Kittens.

The idea is to encourage adoption among the people and opt for stray breeds as well. According to AB 485 law, the pet stores will compulsory have to maintain records for each animal, including the place or the name of the shelter that the animal was rescued from. Any violation of the law will be subjected to a fine of $500. This law does not control the sale of animals by private breeders. People can still buy directly from the breeders. California Wildfire Takes Heavy Toll on Animals Despite Massive Rescue Operations; Heart-Rending Pictures Go Viral.

The move has been welcomed by animal lovers and welfare organisations. This new law will encourage more people to go for adoption and give these animals a new and happier home. It will also ensure that breeders take proper care and breed the animals healthily. "It takes the emphasis off the profit of animals and puts the emphasis back on caring for and getting these cats and dogs a good home," said Steve MacKinnon, San Diego Humane Society Law Enforcement Chief in an NBC report.

There has also been some opposition to this law saying that people may not be able to choose a pet and the health factor may differ from the ones who are bred and the ones that are rescued. 36 cities in California had bans on mass-breeding of animals but AB 485 is the first statewide ban.

(The above story first appeared on LatestLY on Jan 02, 2019 02:42 PM IST. For more news and updates on politics, world, sports, entertainment and lifestyle, log on to our website latestly.com).