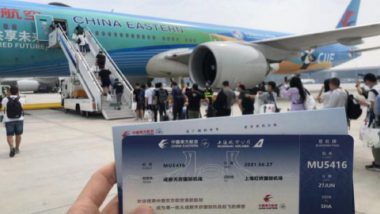 Chengdu Tianfu Airport covers an area of 50 square km. Its first-phase project witnessed the construction of three runways and two terminals with a total area of 710,000 square meters, which can meet the annual throughput of 60 million people.With a total length of 4,000 meters and a width of 75 meters, one of its runways is the highest level 4F runway in the international aviation industry, where large civil aircraft like an Airbus A380 can take off and land. 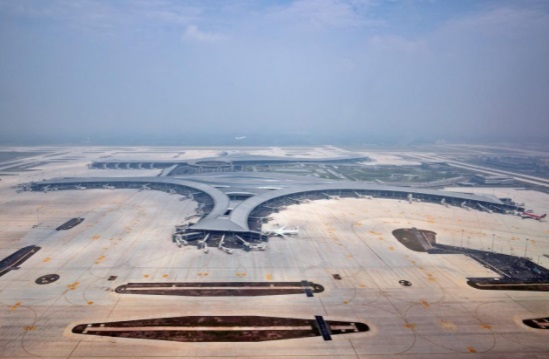 Hou Dandong, the captain of the inaugural flight from Tianfu Airport to Daxing Airport, had participated in several test flights before. Chengdu Tianfu and Beijing Daxing are both new world-class airports, and Hou who experienced both airports in one day said that he was honored to be part of this event. 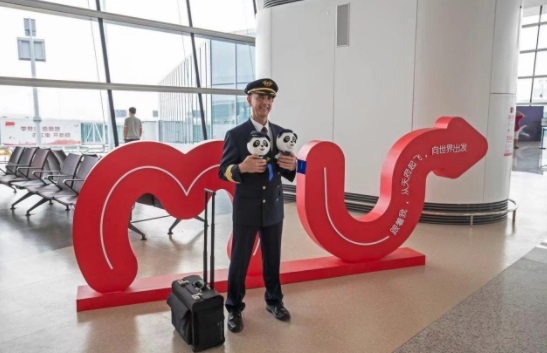 Diego, an Italian captain of China Eastern Airlines, gave two "exclamations" when he talked about the newly-built Tianfu Airport. “After the airport is put into operation, it will allow more Chinese passengers to fly to all parts of the world, and it will only take less than 10 hours to travel from Europe to the southwest of China, which can benefit more than 100 million people; Tianfu Airport is located in Sichuan province, where there is the civilization of Sanxingdui, the culture of hot pot, and the home of the giant panda.” 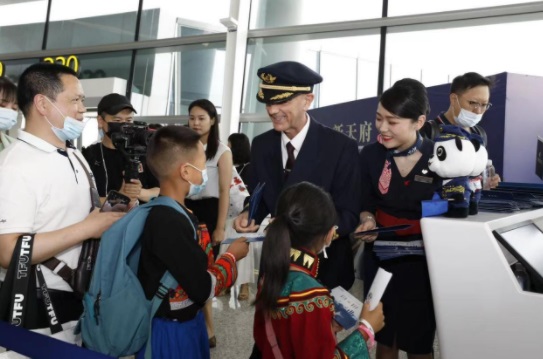 Xie Yuanzheng, an experienced pilot aged over 70, has witnessed 40 years of exchanges between China and foreign countries in the field of civil aviation. He was excited by the success of the inaugural flights and he expected that aircrafts from all over the world would take off from here soon. 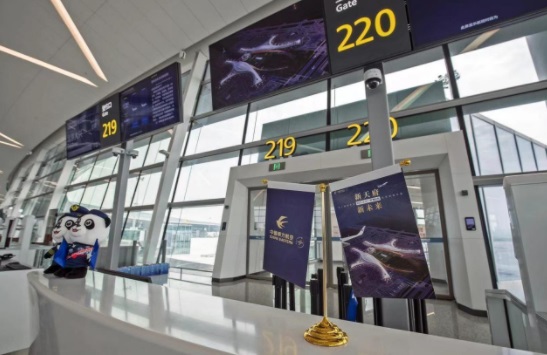 Bai Yun, a Yi nationality captain of China Eastern Airlines, comes from Sichuan province. The operation of Tianfu Airport means that Chengdu has become a city with two large hub airports. Looking down at the new airport from the plane, Bai remembered a series of great changes in his hometown in recent years and felt grateful for all these.