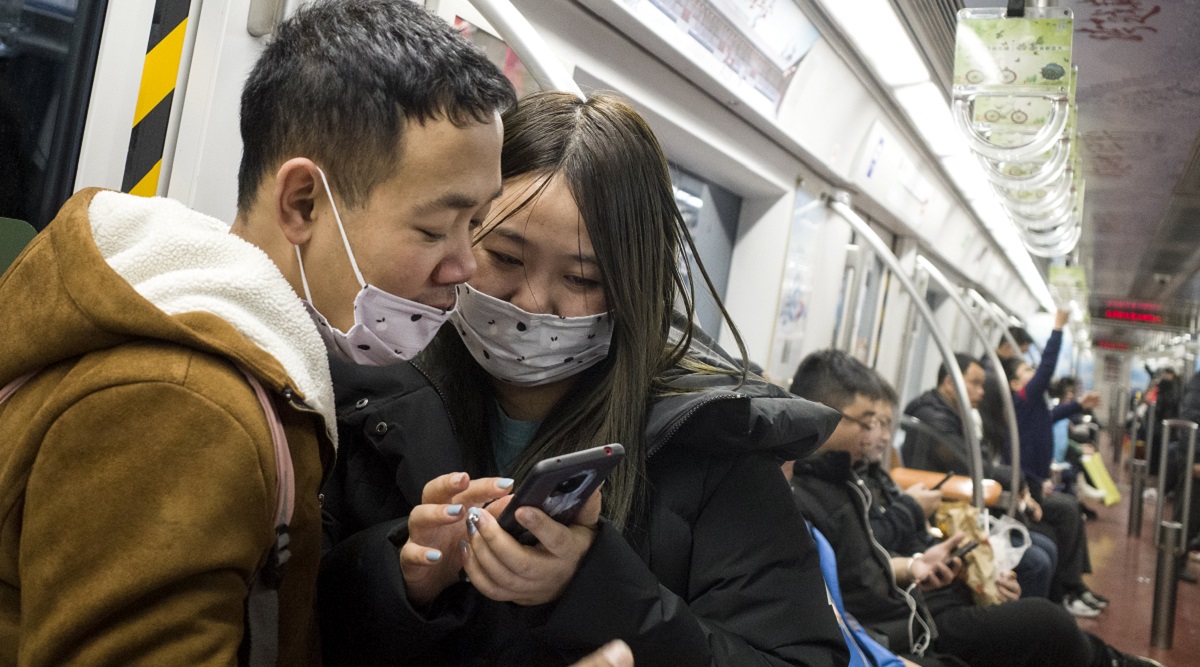 Wuhan, January 26: Citizens of China's virus-stricken city of Wuhan have been told to stay indoors, avoid strangers and keep their cars off the road, but locals like Zhang Lin are refusing to sit by and watch their hometown suffer.

Defying the threat from a contagious respiratory illness that broke out in the city and has killed dozens of people, Zhang and other Wuhan residents are pitching in by driving sick fellow citizens to hospital.

"We're from Wuhan, and even though you guys are here to help us, our own citizens should also come out to (help)," Zhang Lin told AFP journalists as he waited for a patient to emerge from a clinic for the drive back home."There has to be someone who does this." California Confirms Third Case of China Virus in US.

The 48-year-old Zhang and others have been enlisted by the government to provide the free service, and it is sorely needed. Wuhan has for days been the nucleus of a transport lockdown that began in the city of 11 million and has since been expanded to much of the rest of Hubei province, in an attempt to cut off transmission routes for the virus.

Wuhan's public transport system has been halted, taxi services curtailed and, on Sunday, new restrictions were introduced banning most cars from the streets. Difficulty getting around adds another challenge for sick people who, even after they reach overwhelmed hospitals, may need to wait hours to see hard-pressed doctors. But drivers like Yin Yu have obtained special dispensation to drive for humanitarian reasons.

"There are no cars, so we are responsible for sending them there ... and taking them back. This is all for free," said Yin, 40. To many Chinese, such can-do attitudes are hardly surprising for Wuhan. The city, located in the centre of the country on the Yangtze River, was the starting point for an armed rebellion against the Qing dynasty in 1911 that ended imperial rule -- and gave the city's people a reputation for toughness.

That toughness was referenced in a public announcement blaring from a loudspeaker in the city on Sunday, which offered tips on hygiene and seeking medical care, but also a dose of civic pride. China Bans Wild Animal Trade Until Coronavirus Outbreak Eases.

"Wuhan is a city that dares to face difficulties and keeps overcoming them," said a female voice. "This is not the first time we have faced a similar situation. In 1998 we fought against extreme (Yangtze River) flooding. In 2003 we fought SARS," it said, referring to Severe Acute Respiratory Syndrome, a national viral epidemic similar to the current one. "We've come a long way and have had great results!"