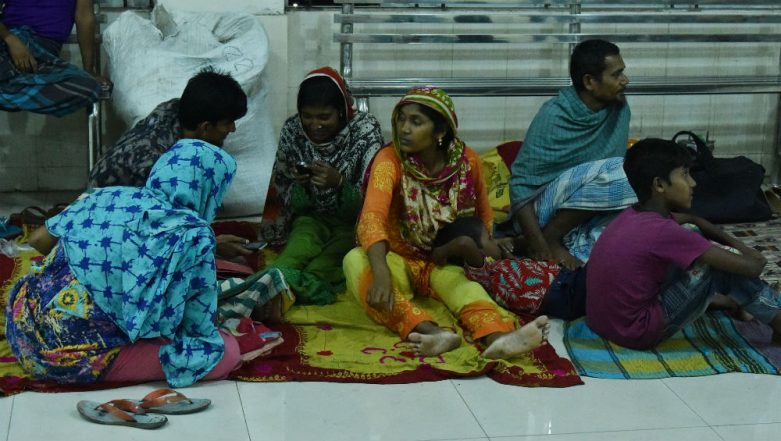 Dhaka, May 4: Cyclone Fani, one of the strongest cyclonic storms which entered Bangladesh on Saturday afternoon, killed four and injured as many as 63 people. The death toll was confirmed by State Minister for Disaster Management Enamur Rahman in a briefing at the Secretariat, reports Bangladesh news agency bdnews24. Fani had weakened into a cyclonic storm leaving no more major threat when it entered West Bengal on Saturday. The cyclone hit Bangladesh coast after striking the Indian states of Odisha and West Bengal on Friday and Saturday, respectively. Cyclone Fani: Indian Railways Cancels 223 Trains From Bhadrak-Vizianagaram and Kolkata-Chennai Route Till May 4.

According to a report by IANS, the Bangladesh Meteorological Department has lowered danger signals for Mongla, Payra, Chattogram and Cox's Bazar districts. Reports inform that the department said a storm surge of 4-5 feet height above normal astronomical tide may hit the coastal districts under the influence of the storm and the new moon phase. Track the Cyclone Live Here.

Cyclone Fani, one of the strongest to batter the Indian subcontinent during the last 24 hours, weakened before entering Bangladesh on Saturday morning from West Bengal. The cyclone made a landfall on the Odisha coast on Friday morning.  In Odisha, over a million people were evacuated to safer places while in West Bengal, Fani lashed cities and towns in coastal areas including Digha, Mandarmani, Tajpur, Sandehskhali and Contai,