Cyclone Fani Live Tracker: Watch Movement Of Storm On The Map By Typing earth.nullschool.net On Your Browser 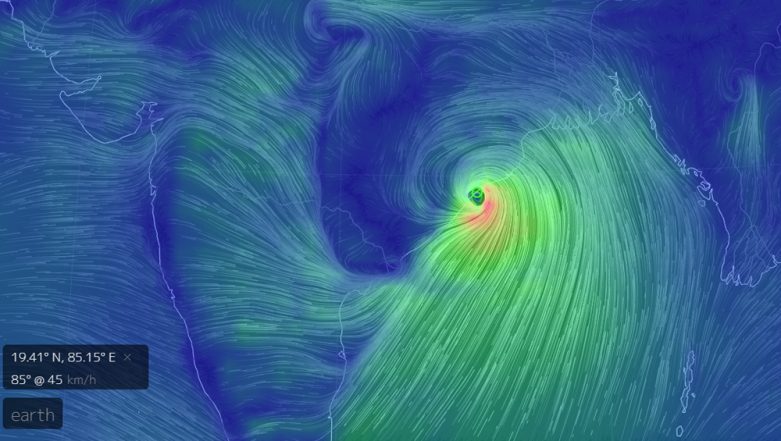 It is being said that the cyclone is carrying winds with speed of up to 200 kmph. The Naveen Patnaik government in Odisha has evacuated over 1 million people and has shifted them to shelter homes, with the target of ensuring zero-casualty in the cyclone.

Watch: All About Cyclone Fani

A total of 19 districts in Odisha and West Bengal will be affected by the cyclone, along with parts of Andhra Pradesh and Tamil Nadu. Rains combined with high speed have been witnessed in the region since over the past two days. The IMD has said that the impact of the cyclone will slow down after 4 pm today.

All schools and colleges have been closed in Odisha till further orders. In West Bengal, educational campuses will remain shut till May 4 in view of the threat posed by Fani. The Model Code Of Conduct in place due to the ongoing Lok Sabha Elections 2019 has also been eased out to enable state governments to prepare for the impact of the cyclone.