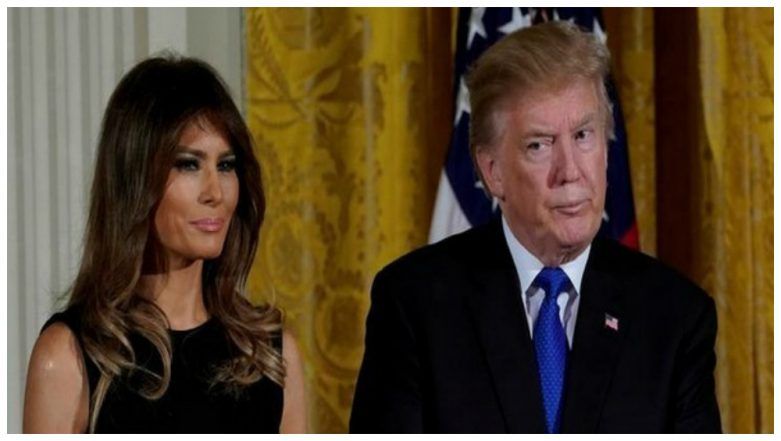 Washington, January 25: The United States' first couple, President Donald Trump and his wife and First Lady Melania had their 13th wedding anniversary on January 22. But, surprisingly it passed by quietly! Neither statements came from the respective offices of Trump and Melania, nor Twitter and Facebook posts were uploaded by the family to commemorate their anniversary. Both the US President and Melania are active on social media. In the entire week, Trump had tweeted multiple times on the three-day government shutdown.

Last week, The Wall Street Journal reported that a Trump lawyer had arranged a US$130,000 payment to adult star Stormy Daniels in October 2016 to keep quiet about their relationship. Daniels, whose real name is Stephanie Clifford, became the centre of attention when allegations of an affair between Trump and Daniels surfaced in a Wall Street Journal article. Both Daniels and Trump's legal team have since denied the affair and the payment.

The Washington Post reported that the couple did not go out on Monday to celebrate with a fancy lunch or dinner. The CNN earlier reported on Tuesday that Melania would not accompany her husband to Davos for the World Economic Forum (WEF). East Wing communications director Stephanie Grisham confirmed the change of plans due to "scheduling and logistical issues."

However, Trump's own trip was in limbo until Monday due to the shutdown of the US government, which has now been resolved. Trump will fly to Davos on Wednesday evening to Davos, where he will address a keynote address at the plenary session of the WEF and will return to US on Friday, White House officials had confirmed the itinerary in a statement on Tuesday. He will be the first US president to attend the forum in Davos in 20 years. He will meet with Israeli Prime Minister Benjamin Netanyahu, British Prime Minister Theresa May and Swiss President Alain Berset.