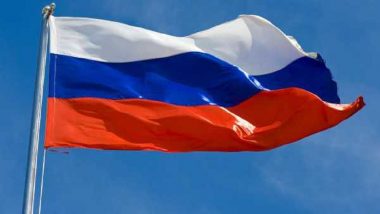 Prigozhin's company has done catering for the Kremlin. He was sanctioned for supporting the Wagner Group private military company in Libya. Meanwhile, the head of Russia's FSB domestic spy agency was sanctioned for attempting to murder Navalny. A total of seven people are in the list against whom sanctions were imposed.

Notably, the United States has already imposed sanctions against Prigozhin. over his links to the Wagner mercenary outfit. The organisation is accused of interfering in various conflicts in Africa. The EU said that Wagner had repeatedly breached of a UN arms embargo on Libya. It also accused Russia of backing Khalifa Haftar in his revolt against the internationally-recognised government in the African country. India Expresses Concern over Continuing Instability in Libya.

After the sanctions, Prigozhin is banned from travelling to the EU, and any assets he holds in the bloc will be frozen. The other Russian Leaders against whom, the penalties are imposed, include - FSB chief Alexander Bortnikov and Sergei Kirienko and Andrei Yarin. Sanctions have also been imposed against Russia's State Scientific Research Institute for Organic Chemistry and Technology.

(The above story first appeared on LatestLY on Oct 15, 2020 05:24 PM IST. For more news and updates on politics, world, sports, entertainment and lifestyle, log on to our website latestly.com).