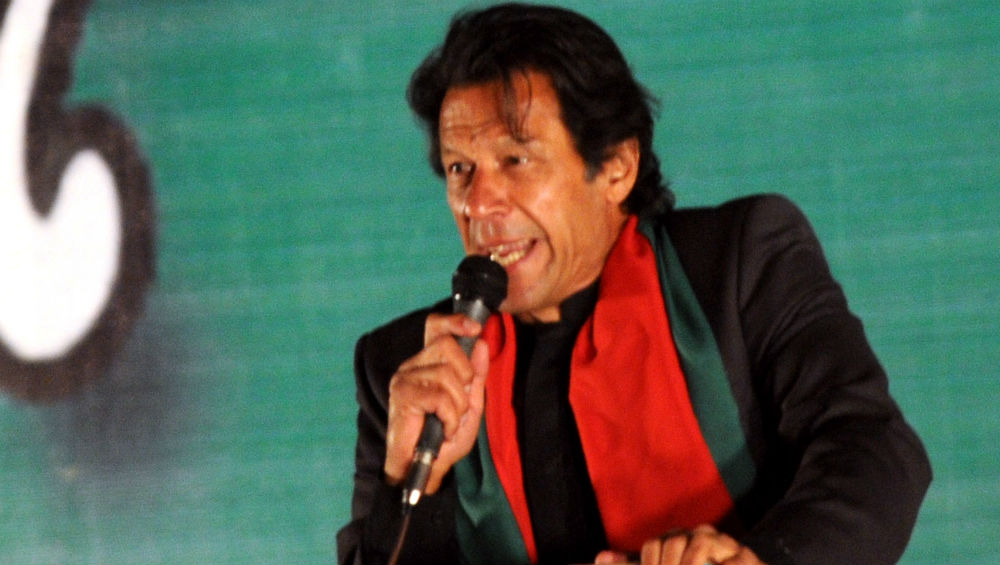 New Delhi, January 28: Pakistan Prime Minister Imran Khan, who has earlier drawn ridicule for his slip of tongue remarks, is being lambasted again on social media for a contentious comment on nurses. While addressing an event of the Shaukat Khanum Hospital in Karachi, Khan said the treatment he once received at the hospital made him felt as if the nurses are "hoors". Imran Khan Deletes Tweet of Fake Video Alleging 'Police Pogrom' Against Muslims in India's Uttar Pradesh.

The term hoor, in Islamic theological context, refers to the female angels who would be accompanying believers in paradise. Khan ended up drawing parallels between the Shaukat Khanum hospital nurses and hoors while praising the medical treatment he received for a spine injury.

"I was in massive pain. I don't know what kind of injection Dr Aseem gave me. After one injection, it felt as if my world has changed. I saw the nurses as hoors. My pain was completely relieved. I even gave a speech on television from the hospital premises, but I don't even remember what I had said," Khan said.

One injection is all it takes for the PM to see nurses as hoors.. pic.twitter.com/syX4hAPxY0

Khan's earlier blooper includes his infamous "Japan-Germany" border remark while addressing a press event in Iran in April 2019. The Pakistan PM, while apparently referring to the enhanced border relations between Germany and France after the second World War, ended up referring to the latter as Japan. The South Asian nation is location thousands of miles away from Germany.

"The more trade you have with each other, your ties automatically get stronger. Germany and Japan killed millions of their civilians until, after the Second World War, they decided that they would have, on the border region of Germany and Japan, joint industries. So now, there is no question of them having bad relations," he had said.

Khan was again trolled in September last year for his incorrect reference to Indian Prime Minister Narendra Modi. In his impassioned speech at the United Nations, the Pakistan PM should had referred to his Indian counterpart as PM Modi, but ended up saying "President Modi". This prompted the Twitterati to school him on designations on heads of states.