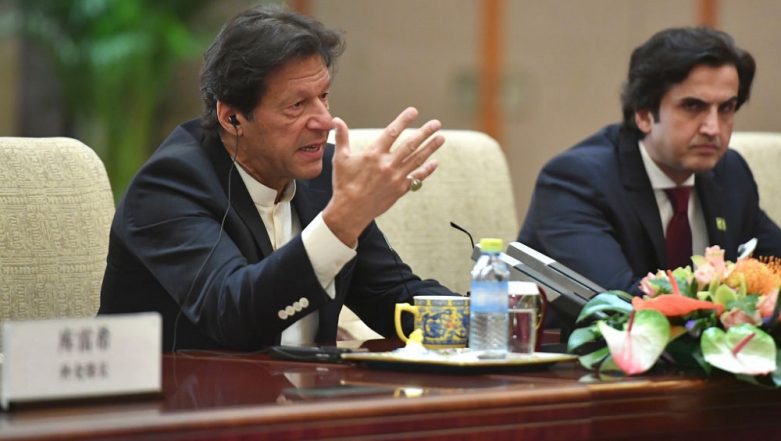 Washington, July 22: Pakistan Prime Minister Imran Khan was left red-faced while addressing a gathering at a community event in US when pro-Balochistan activists started raising slogans, demanding an end to human rights violations. Speaking at Washington's Capital One Arena on Sunday, Khan said that a 'Naya Pakistan' was being created in front of people's eyes. "People ask where is 'Naya Pakistan', it is being created in front of your eyes," The Dawn quoted him as saying.

While Pakistanis cheered their Prime Minister, a group of Balochistan activists disrupted his speech and raised slogans seeking justice for the region and an end to the human rights abuses there. Imran Khan's Speech in Washington Marred by Slogans For Independent Balochistan, Watch Video.

In a Twitter post, the World Baloch Organisation wrote: "We urge President @realDonaldTrump to help ensure an end to #EnforcedDisappearances, torture and extra-judicial killings by authorities in Pakistan." Khan reached the US on Sunday on his maiden trip for talks with US President Donald Trump and to refresh and rebuild bilateral relations.