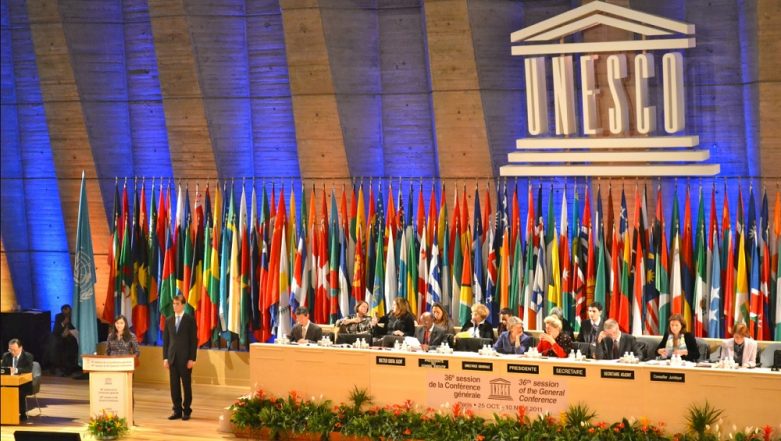 Israel and the United States have formally exited the UN’s Educational, Scientific and Cultural Organization, the withdrawal going into effect after the final tick of the clock on December 31, 2018.

The two countries announced their decision in 2017 and proceeded with the process to withdraw in 2018. The two countries said they are exiting the UNESCO due to its pro-Palestine bias. "Unfortunately, UNESCO has adopted systematic discrimination against Israel and UNESCO is being used in order to rewrite history by people who hate the Jewish people and the state of Israel," Israel’s Foreign Ministry official said on Sunday.

Israel joined as a member state of UNESCO in 1949. Over the last two decades, the UN’s cultural body has registered nine sites within Israel on its World Heritage List. Similarly, 23 places in the US are on the UNESCO list of world heritage sites, though nothing American appears in the organization’s list of “intangible cultural heritage.”

Israel’s and the U.S.’s decision to pull out from UNESCO began after it admitted Palestine as a member even though Palestine has not been granted full-membership of the UN. UNESCO also named the West Bank city of Hebron as an official world heritage site and called Israeli occupation of the territory illegal.

In 2016, things came to a head after UNESCO approved resolutions that Israeli officials said ignored Judaism's ties to holy sites in Jerusalem, including referring to the Haram al-Sharif/Temple Mount complex by only its Arabic and English names and omitting the Hebrew. "To say that Israel has no link to the Temple Mount is like saying that China has no link to the Great Wall or that Egypt has no connection to the pyramids," Prime Minister Benjamin Netanyahu said at the time, adding that UNESCO had lost what little "legitimacy it still had."

However, UNESCO officials say that many of the reasons the U.S. cited for withdrawal do not apply anymore, noting that since then, all 12 texts on the Middle East passed at UNESCO have been consensual among Israel and Arab member states.

In April of 2018, Israel’s ambassador to UNESCO said the mood was “like a wedding” after member nations signed off on a rare compromise resolution on “Occupied Palestine,” and UNESCO diplomats hailed a possible breakthrough on longstanding Israeli-Arab tensions.

This is not the first time that the U.S. has pulled out of the international heritage organisation. The United States has pulled out of UNESCO before in 1984 because it viewed the agency as mismanaged, corrupt and used to advance Soviet interests. The U.S. rejoined in 2003.