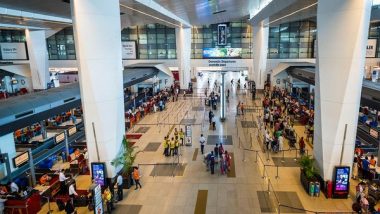 Tel Aviv,   Aug 17:  The Israeli government has lifted its travel ban on eight countries, according to a statement issued by the Ministry of Health.

The existing ban on Israelis flying to Brazil, Georgia, Mexico, Spain and Turkey will remain valid, while Bulgaria was added to the ban list due to the recent Covid-19 morbidity rise in the country.

Israeli citizens and permanent residents who want to travel to the six countries must apply to an exceptions committee.

Also starting from Monday, all arrivals to Israel from most of the countries were required to enter a seven-day home quarantine, including vaccinated and recovered travellers.

This does not include China, Austria, Australia, Hungary, Moldova, New Zealand, Singapore and the Czech Republic, where the morbidity levels are significantly low.

Thus, those arriving in Israel from the eight countries must enter quarantine of only 24 hours at most, until a negative result is obtained from a Covid-19 test.

(The above story first appeared on LatestLY on Aug 17, 2021 12:57 PM IST. For more news and updates on politics, world, sports, entertainment and lifestyle, log on to our website latestly.com).