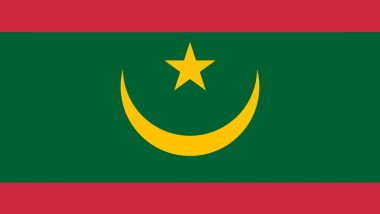 Nouakchott, August 6: Hours after Mauritanian Prime Minister Ismail Bedda Ould Cheikh Sidya and his Cabinet members resigned, President Mohamed Ould Ghazouani appointed Mohamed Ould Bilal as the new PM of the country on Thursday. Sidya did not give any explanation as to why he and his cabinet tendered resignations.

A political crisis erupted in Mauritania this year after a parliamentary investigation was initiated into alleged corruption in deals involving offshore oil projects during the government of former president Mohamed Ould Abdel Aziz. The former President stepped down from the post in 2019 after 11 years of governance. Mauritania: PM Ismail Bedda Ould Cheikh Sidya And His Cabinet Resign Amid Political Crisis in The North African Country.

Ghazouani, who is considered as a close ally of Aziz, won the Presidential elections. The report of the investigation was submitted before the Supreme Court of the North African country on Wednesday. However, the reports have not been made public yet.

Mauritania is an African country on the Atlantic coast. It was a French colony during the first half of the 20th century and became independent on November 28, 1960. Officially, it is known as the Islamic Republic of Mauritania.

(The above story first appeared on LatestLY on Aug 06, 2020 08:33 PM IST. For more news and updates on politics, world, sports, entertainment and lifestyle, log on to our website latestly.com).