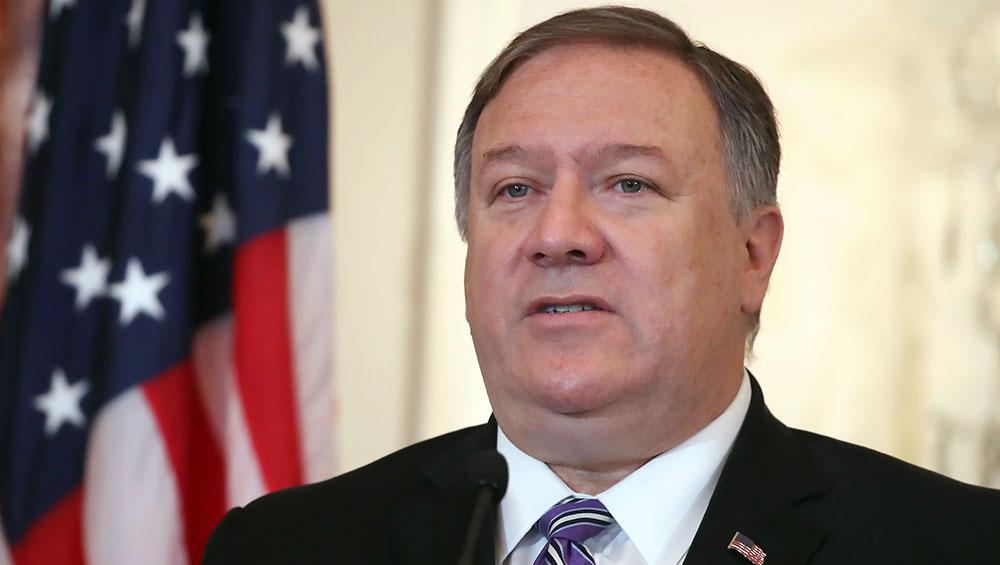 Washington, May 22: US Secretary of State Mike Pompeo on Friday slammed Beijing over a proposed new security law for Hong Kong and warned that the semi-autonomous territory could lose its special trading privileges.

"The decision to bypass Hong Kong's well-established legislative processes and ignore the will of the people of Hong Kong would be a death knell for the high degree of autonomy Beijing promised for Hong Kong," Pompeo said in a statement. China Slams US for Mike Pompeo's Congratulatory Message to Taiwan President Tsai Ing-Wen, Calls It ‘Extremely Wrong and Very Dangerous’.

Pompeo indicated that the move could lead the United States to decline to certify Hong Kong as autonomous under a new US law, attacked by Beijing, that was meant to show support to months of pro-democracy protests.

If the United States determines that Hong Kong is no longer autonomous, the financial hub stands to lose its preferential trading status with the world's largest economy.

"The United States strongly urges Beijing to reconsider its disastrous proposal, abide by its international obligations, and respect Hong Kong's high degree of autonomy, democratic institutions and civil liberties, which are key to preserving its special status under US law," Pompeo said.

"Any decision impinging on Hong Kong's autonomy and freedoms as guaranteed under the Sino-British Joint Declaration and the Basic Law would inevitably impact our assessment of One Country, Two Systems and the status of the territory," he said. China Says US Trying to Use Beijing to Shift Responsibility, Evade International Obligation to WHO.

China promised to ensure autonomy for Hong Kong before it regained control over the territory from Britain in 1997. Hong Kong's leader Carrie Lam earlier Friday vowed to cooperate fully with the new security law unveiled during China's rubber-stamp parliament session.

The law would enforce punishment for "subversion" and the other perceived threats to the communist system -- moves which Hong Kong pro-democracy leaders would effectively end the city's special status.