Nepal Now Claims Indian Cities Dehradun & Nainital as Part of Its Own Country Under Its 'Greater Nepal' Campaign, Say Reports 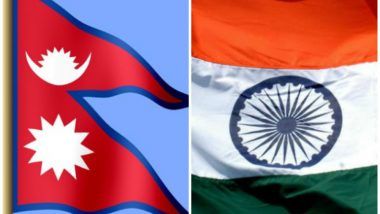 Nepal, September 18: The tension between Indian and Nepal continues to peak. According to the latest reports, Nepal has claimed Indian cities Dehradun and Nainital as its own. The country has launched a new campaign for 'Greater Nepal' which included the above claim.

The Communists of Nepal has also laid claims to parts of Uttarakhand, Himachal, Uttar Pradesh, Bihar and Sikkim. Citing the Treaty of Sugauli Nepal signed in 1816 between the East India Company and the then ruling establishment of Nepal, the current Nepalese establishment has been claiming Indian territories and has already launched a social media campaign. Nepal Releases New Map Amid Border Disputes With India, Shows Lipulekh, Kalapani and Limpiyadhura As Part of Its Territory.

There are reports that several Nepalese have taken to social media platforms and created a Facebook page called Greater Nepal that demands the merger of Indian territories into Nepal. In the month of May, amid an ongoing dispute with India over territories, Nepal launched its new political map. This new map showed Lipulekh, Kalapani and Limpiyadhura as parts of Nepal.

(The above story first appeared on LatestLY on Sep 18, 2020 11:01 AM IST. For more news and updates on politics, world, sports, entertainment and lifestyle, log on to our website latestly.com).