The new Omicron variant of Covid-19 was identified in more than a dozen Americans in at least 10 US states as of this weekend, early evidence of its presence across the country, as the federal government fights the pandemic with a consistent vaccination campaign, including broader use of vaccines. 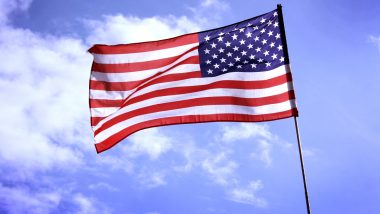 New York, December 5: The new Omicron variant of Covid-19 was identified in more than a dozen Americans in at least 10 US states as of this weekend, early evidence of its presence across the country, as the federal government fights the pandemic with a consistent vaccination campaign, including broader use of vaccines.

Some of the people in the US who have contracted the new variant had recently travelled to southern Africa, where it was first identified, while at least two states reported community spread of the new variant. States to report Omicron cases span the country from Hawaii to California and New York. Omicron FAQs: Why Is It a Variant of Concern? Know Everything About the New Variant of SARS-CoV-2.

"It's certainly spreading in the US," said Samuel Scarpino, managing director of pathogen surveillance at the Rockefeller Foundation, according to reports by The Wall Street Journal, which also said that US officials expect vaccines to provide at least some level of protection against severe disease from the Omicron.

The Washington Post said Saturday in an analysis article that, though about 1 in 420 Americans has died of Covid-19 and the country is still averaging more than 1,000 deaths per day, death rates are far below the national average in the most-vaccinated, often-urban areas.

"While the most-vaccinated states are significantly, incontrovertibly and increasingly better off than the less-vaccinated states, the difference is even starker at the county and city level -- and even as many of these highly vaccinated counties also happen to be the most densely populated," said the report.

Researchers worldwide are still piecing together data, early anecdotal evidence and existing Covid-19 knowledge to better understand the new, mutated Omicron variant of the coronavirus. "Less than two weeks into the global effort, those clues are giving experts a glimpse of the variant's threat," reported USA Today on Saturday.

The consensus, so far, has been that vaccines will likely continue protecting against severe disease, but the variant may prove highly infectious, even among people who are fully vaccinated or have been previously infected. The variant is currently driving an explosion in cases in South Africa, and spread to dozens of countries, the report said.

The rapid uptick in cases in South Africa coupled with reports of super-spreader events has helped validate experts' early concerns the variant's many mutations would help it spread rapidly. "That's the most concerning feature that we're seeing right now," said Roger Shapiro, a professor of immunology at the Harvard Medical School.

A surge in Covid-19 cases and a shortage of health care workers are filling hospitals and nursing homes past their capacity in upstate New York, creating a growing crisis in the health care system even before the Omicron variant is known to have spread through the area, according to hospital executives from Buffalo to Albany.

While Covid-19 hospitalisations in the region have more than tripled since August when the Delta wave began to sweep through the state, tens of thousands of health care workers have left their jobs, for reasons ranging from pandemic burnout to a refusal to get vaccinated, reported The New York Times on Friday.

"The result has been a decrease in upstate hospital capacity of about 10 per cent. And a perfect storm of high patient volumes, reduced staff and an inability to discharge patients to nursing homes -- which are themselves full -- has begun to overwhelm some facilities," hospital executives told the newspaper.

Out of health concern, Google has delayed its return-to-office yet again, this time pushing its January 10 full reopening further into 2022. Unlike previous announcements, the company did not set a new return date and says it will wait until the new year to assess when US offices can fully reopen -- nearly 40 per cent of US Googlers reported on-site in recent weeks.

Google is making a "smart move" by not setting a firm new return date, Denis Nash, a professor of epidemiology at the City University of New York, told CNBC, adding that giving employees a framework of when it will revisit the situation maximises flexibility during "a crisis that often demands it of us," and it could be seen as a positive move by employees.

Uncertainties around the risks of the Omicron variant could make it "impossible for employers to set a new return date with any type of confidence," Bradford S. Bell, a Cornell University professor in strategic human resources, was quoted by CNBC as saying. It's likely more companies will follow Google's move, especially in sectors where remote work is possible.

(The above story first appeared on LatestLY on Dec 05, 2021 04:57 PM IST. For more news and updates on politics, world, sports, entertainment and lifestyle, log on to our website latestly.com).