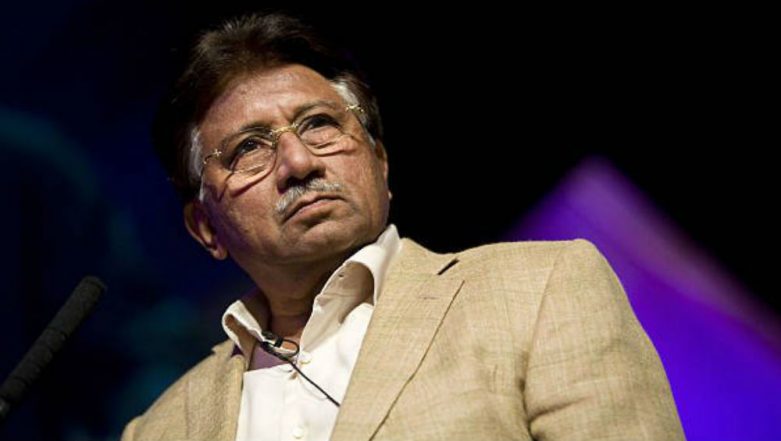 Islamabad, May 2: Former Pakistani military dictator retired General Pervez Musharraf has requested the special court to postpone the hearing of a treason trial against him scheduled for Thursday (today) until the end of Ramzan due to his precarious health, reported Dawn.

The ex-dictator said life-threatening ailments have forced him not to return to Pakistan, said the report.

General Musharraf is facing treason trial under Article 6 of the Constitution as well as Section 2 of the High Treason Act on a complaint moved by the federal government.

An application furnished by Barrister Salman Safdar on behalf of General Musharraf stated that despite strong willingness and eagerness to return to Pakistan, life-threatening ailments and medical complications had forced him not to appear before the special court, the Dawn report said.

In his application, which was supported by a medical certificate, General Musharraf offered sincere apologies for not appearing before the court in view of his serious condition.

The application recalled that the former President came to Pakistan on March 24, 2013, on his own to face the Benazir Bhutto assassination case, judges' detention case and Akbar Bugti case and that the high treason case was initiated subsequent to his arrival in the country, the paper said.

In line with the earlier directive of the Supreme Court, the trial court is scheduled to record General Musharraf's statement under Section 342 of the Criminal Procedure Code to complete the treason trial.

On April 1, the Supreme Court had directed the special court to proceed with the trial on the next date of hearing (May 2) and in case the former President surrendered and appeared before it, he would be entitled to record his statement, reported Dawn.

But if he failed to appear, being a PO (proclaimed offender), the special court was empowered to proceed against him even in his absence under Section 9 of the High Treason (Punishment) Act, 1973, the Supreme Court held.