Breaking the archaic 1951 law, the Sri Lanka Cabinet has allowed Muslim women to get married under ordinary law - the Marriage Registration Ordinance in Sri Lanka, 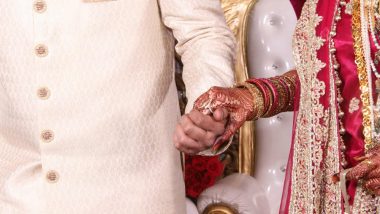 Muslim female activists and scholars have fought for decades against the Muslim Marriages and Divorce Act (MMDA) under which Muslim girls were allowed to enter wedlock. They charged that the law leads to child brides and other violation of their rights. Muslim Minor Girl Can Marry Anyone After Attaining Puberty As Per Muslim Personal Law, Says Punjab and Haryana High Court.

The activists have claimed the women in their community were not even allowed to sign their own marriage contracts under MMDA.

In place of the bride, the marriage contract is signed by "Bride's Wali" or a male guardian of the bride. The activists also have stated that MMDA gave room for forced marriages to take place.

While marriageable age for non-Muslim female in Sri Lanka is 18, MMDA allowed child marriages by not specifying a minimum age. Under MMDA penalties for raping girls aged 12 to 16 are not applicable in the case of married Muslim girls. The activists also have demanded that Muslim women face multiple discriminations in divorce, polygamy and spousal support.

"As per the 12th Section of the Constitution, no citizen shall be discriminated against on the grounds of race, religion, language, caste, sex, political opinions, or place of birth. However, the MMDA has included provisions that discriminate against women. Various women's organisations belonging to the Muslim community and Muslim law scholars have pointed out the need to repeal such provisions from the law, the Government pointed out," the Cabinet announced on Tuesday.

(The above story first appeared on LatestLY on Jul 21, 2021 01:14 PM IST. For more news and updates on politics, world, sports, entertainment and lifestyle, log on to our website latestly.com).