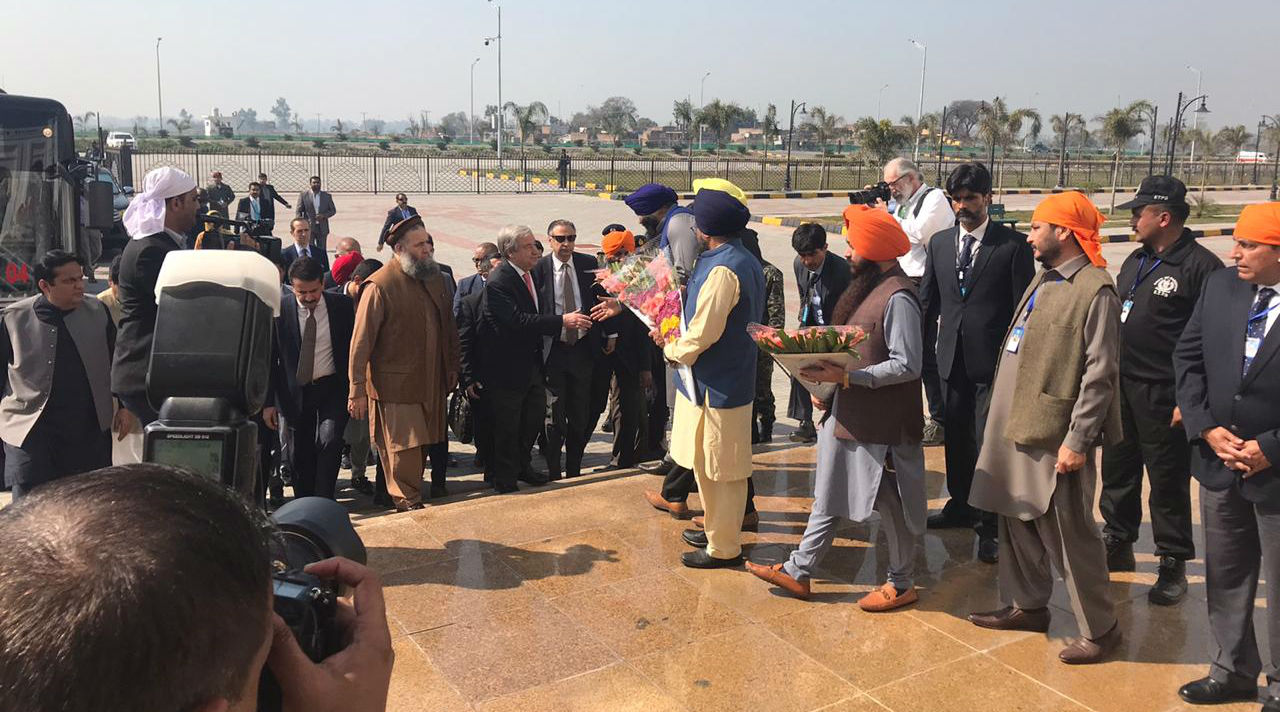 Guterres was also briefed about the Kartarpur Corridor pact between Pakistan and India. He was told that Pakistan Prime Minister Imran Khan had taken this initiative to facilitate the Sikh community of India and elsewhere to visit the shrine.

Wearing an orange scarf, Guterres visited different parts of the Gurdwara. He was served with traditional food in lunch along with Sikhs and Pakistani officials. Strict security measures were taken during the visit.

Indian Sikhs in good number were also present at Kartarpur Sahib. Khan inaugurated the Kartarpur Corridor on November 9, 2019 in connection with the 550 birth anniversary of Guru Nanak Dev.

Prime Minister Narendra Modi inaugurated the corridor from the Indian side on the same day by flagging off the first batch of over 500 Indian pilgrims, including former premier Manmohan Singh and Union minister Harsimrat Kaur Badal.

Kartarpur Sahib in Pakistan is located across the river Ravi. It was established by the Sikh Guru in 1522. The first Gurdwara, Gurdwara Kartarpur Sahib, was built here, where Guru Nanak Dev is said to have died. UNSC Resolutions on Kashmir Need to Be Implemented: Secretary General Antonio Guterres.

Earlier in the day, Guterres addressed students at the Lahore University of Management Sciences and urged them to focus on new technologies. He termed climate change as the major issue the world is facing today. He also inaugurated a polio campaign. Pakistan is one of the three countries where polio is still endemic.