What Are Red Flag Laws? Know About Extreme Risk Protection Orders That 'Could Have Prevented' Colorado’s Club Q Shooting

Red flag laws, officially known as extreme risk protection orders allows a judge to take away someone’s gun based on the suspicion that they will use it to hurt themselves or others. 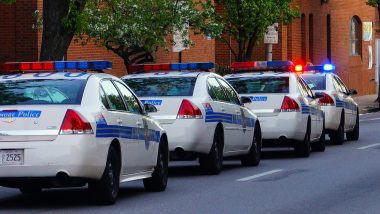 Colorado, November 24: Five deaths in a Colorado LGBTQ bar on Nov. 19, 2022, is the latest mass shooting that garnered headlines in the US. Though the police are yet to determine the motive behind the killings, but  it has led to questions over why the police did not trigger Colorado’s “red flag” law since the accused, Anderson Lee Aldrich, had a history of violent pans.

Aldrich had earlier threatened his mother with a homemade bomb, forcing neighbors in surrounding homes to evacuate while the bomb squad and crisis negotiators talked him into surrendering. Gun control advocates have said that this is an example of how the police ignored the “red flag” laws which resulted in another mass shooting. Colorado Shooting: 23 People Shot, Five Killed After Gunman Opens Fire at Springs Gay Club in US

What is Red Flag Law?

Red flag laws, officially known as extreme risk protection orders allows a judge to take away someone’s gun based on the suspicion that they will use it to hurt themselves or others. While the specifics of the law vary from state to state, the orders also often prevent a person from obtaining a concealed weapon license and require them to surrender their permit if they have one. Colorado Shooting: 5 Dead, 18 Injured After Gunman Opens Fire Inside Gay Nightclub in US

New York Times reports that while police and other authorities can request the order, such requests often come from family or friends that are concerned that their loved one, who owns guns, has discussed shooting people or indicated suicidal thoughts.

Which US States Have Enacted ‘Red Flag’ Laws?

Connecticut enacted the first 'red-flag' law in 1999, after a mass shooting occurred in the Connecticut Lottery. According to the New York Times, the shooter had previously displayed signs of emotional instability and was undergoing treatment for stress-related problems.

(The above story first appeared on LatestLY on Nov 24, 2022 11:23 AM IST. For more news and updates on politics, world, sports, entertainment and lifestyle, log on to our website latestly.com).