Zuzana Caputova Sworn In As First Female President of Slovakia 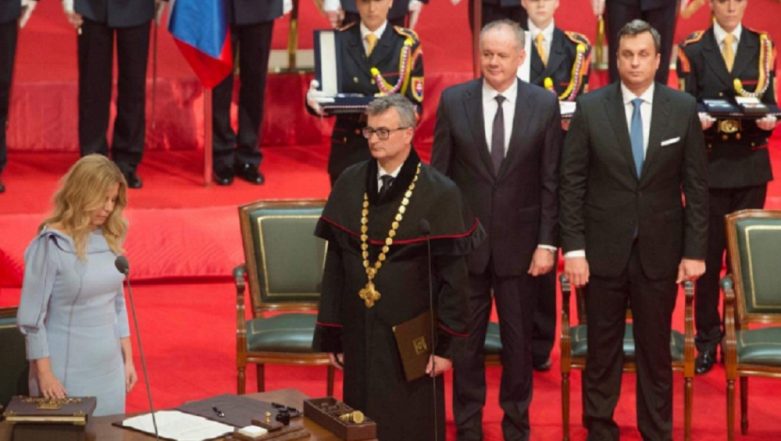 Caputova gave her first speech in office, saying she does not want to rule from the office but to serve people and Slovakia. "By taking the constitutional oath, I assume all the commitments and obligations of the public service. I haven't come to rule, I've come to serve citizens, inhabitants, Slovakia," said Caputova, adding that she offers expertise, emotion and a healthy activist interest. Slovakia Presidential Elections: Zuzana Caputova Become The First Female President.

Caputova also claimed allegiance to the pro-European and pro-Atlantic orientation of Slovakia. "As the European Union is our life and value space, the North Atlantic Alliance is our defence and security pillar. As a country, we must do everything we can to maintain and strengthen this space and its pillars," stressed Caputova. Caputova is the fifth president in the modern Slovak history. She was elected in March.