Nirmala Sitharaman Says A Lot of Criticism Due to Stress on the Ground, Do Not Mind It 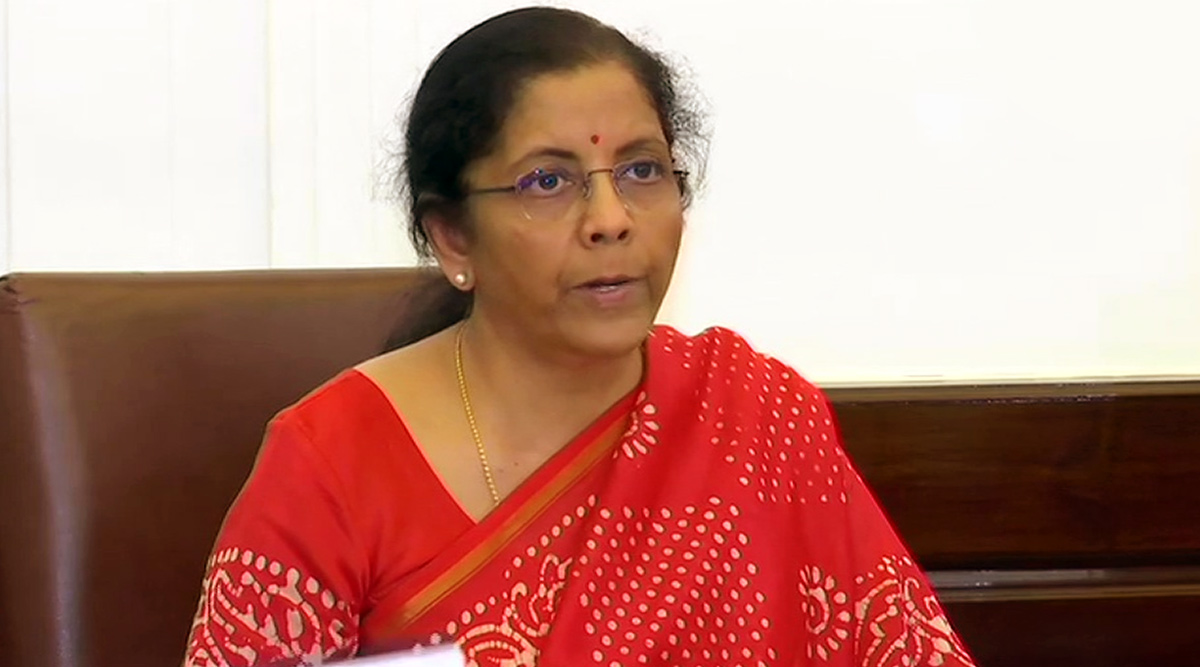 New Delhi, May 20: Finance Minister Nirmala Sitharaman said on Wednesday that every finance minister gets criticism and because there is much stress at the ground-level due to challenges posed by coronavirus there is "a lot of criticism" and she does not mind it and has to take it.

"There is definitely a lot of criticism, I suppose every finance minister gets it. But now because the stress is in the ground so much and affected people are probably a lot more, so there is a lot of criticism and I don't mind it, I have to take it," Sitharaman said in an interview with ANI Editor Smita Prakash. Nirmala Sitharaman Speech: Full Text And Details of Atmanirbhar Bharat Financial Package Worth Rs 20 Lakh Crore in PDF.

She was asked if she faced excessive criticism because she was a woman finance minister. Sitharaman held five press conferences to give out details of the special comprehensive package of Rs 20 lakh crore announced by Prime Minister Narendra Modi to help various sections of society deal with COVID-19 situation and make India self-reliant. Nirmala Sitharaman Calls Rahul Gandhi's Move to Meet Migrant Workers 'Dramabaazi', Asks Opposition To Be 'More Responsible'.

Asked if the government considered more immediate measure such as direct income support to spur demand and consumption, she said a lot of suggestions were discussed.

"We have discussed a lot of suggestions which had come over. We thought it was important to give stimulus to business to start off, particularly to small and medium who are all over the country. PM Gareeb Kalyaan was introduced soon after the lockdown was announced. In fact, we have given some cash transfer. It may not be adequate but still, we managed to give. So, with that done at that time we were not closing the option," she said. She added the grain and pulses have also been given to the needy.