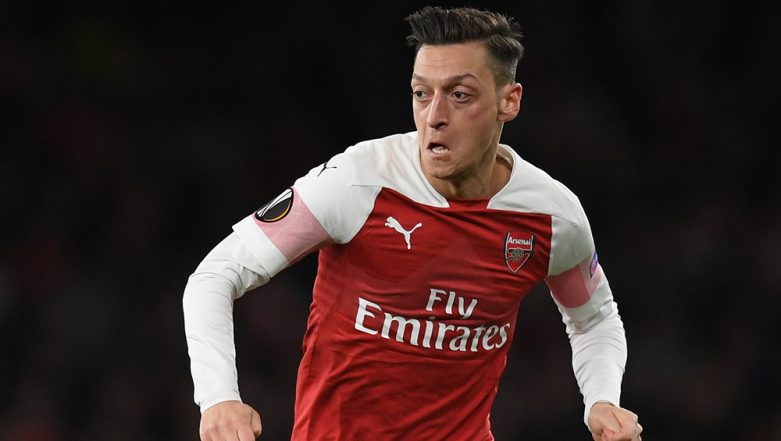 London [UK], July 26: German footballer of Turkish descent Mesut Ozil was attacked by bikers armed with knives in an attempted carjacking on Thursday. The 30-year-old Arsenal club footballer was chased in Golders Green, North London when the gang surrounded his black jeep around 5 p.m. (local time), Anadolu Agency reported. Ozil was with his teammate Bosnian player Sead Kolasinac when the incident took place. I Have Good Relationship with Emery: Mesut Ozil.

Leaving his car behind, Ozil ran into a Turkish restaurant fearing for his life after Kolasinac attempted to take on one of the assailants. Waiters and chefs from the Likya restaurant rushed to the aid of the football stars forcing the gang to flee empty-handed.

An Arsenal spokesperson has confirmed that the players were involved in an attempted carjacking, saying, "We have been in contact with both players and they are fine."Police was called to Platts Lane, NW3, shortly before 5 p.m. (local time) on Thursday, July 25 to reports of an attempted robbery," a police spokesperson said."There have been no arrests," he was quoted as saying.